Expert View: Wedson Nyirenda’s time at the helm of Chipolopolo

Coach Wedson Nyirenda’s time at the helm of the Zambia national team seems to be all but over as many sections of Chipolopolo fans seem to be fade up with him.

With yesterday’s revelation by the Football association of Zambia President Andrew Kamanga that they were convening a technical committee meeting to discuss Nyirenda’s future it is increasing becoming clear that the former Kaizer Chiefs striker’s time as copper bullets boss is almost up.

“We are calling a technical committee and I don’t want to pre-empt what will be discussed there. Certainly, we are going to review his ( Wedson Nyirenda) performance,” Kamanga said on Muvi TV’s the Assignment programme.

“Of course, I know there is general feeling that Wada must be kicked out almost immediately but i do not have the absolute power to fire. The process to review the coach’s performance against set targets is on-going,” He added.

On 13th September, 2017 Wedson Nyirenda was named Chipolopolo assistant coach to a head coach to be named later after the association released the then head coach George Lwandamina who was serving on an interim basis and doubling up as Zesco United boss.

“The change is immediate and we believe that Mr Nyirenda will add immense value to the national team. In view of the fact that Zesco united are engaged in the semi-final of the CAF Champions League with two consecutive matches approaching, the Football Association of Zambia released Mr George Lwandamina to focus on this assignment which is of equal importance to the country. We believe that he can win the Champions league and are in a great position to do so,” Part of a statement from FAZ read.

Apparently government who foots the bill for the National team head coach had no money to hire an expatriate coach despite South African tactician Gordon Igesund being so close to landing the Chipolopolo top job. The story of an expatriate coach was put to bed when the President of the nation H.E Edgar Lungu backed Nyirenda to upgrade to head coach after guiding a ten man Chipolopolo team to victory over Algeria at Heroes Stadium.

With that brief history given let me now take you through the journey of Nyirenda as Chipolopolo boss and verdict on his performance.

After all the six games were played for the qualification to Russia 2018 World cup Zambia came in second behind Nigeria with some sections of the fans feeling it was a failure which I disagree.

We can’t seriously say we expected Nyirenda to qualify us to the world cup with the same team that had two first round AFCON exit and failed to qualify the third time. He needed to build a team which he successfully did, Of course building is an on-going process but now we have a base. Not only that Zambia managed to beat Algeria in over forty years and even our away loss to Nigeria we looked like a team fighting for something which is a good sign.

Based on the above he gets a pat on the back from me and a big well done, Its not your time better luck next time.

COSAFA 2017
COSAFA senior challenge cup came around and Zambia made its way to the final where they were butchered three goals to one by Zimbabwe. I personally don’t hold the this cup in high esteem but it’s something that he could have won for the fans.

MY problem was not the loss but the poor showing especially in the final. Zambia looked lost and disjointed. This force was a big failure.

Nyirenda on the other hand went for the cream of the Zambia super league majority of which were starters at his national team. So naturally Zambians expected a good showing and besides he promised to go all the way.

“We want to go there and win the cup that is what we want to do,” Nyirenda said prior to departure for Morocco .

Zambia managed to reach the quarter finals where they were shocked by Sudan as they lost one nil and were eliminated. Once again it’s not the loss but how it happened. Zambia had one system and the entire tournament which was wing play.

Sudan just managed to close down Ernest Mbewe and Augustine Mulenga and Zambia was doomed.

At the four team tournament it was the same case picked his best players and yet again choked. The purpose of friendly matches is to help you build a wide poor of players but Nyirenda keeps playing the same line-up in competitive games, formalities and friendlies.

Like i have indicated above CHAN, COSAFA and the four team tournament were FAILURES which need no excuse but his major undoing for me has been his poor player selection.

Has anyone else noticed that every time he calls players for camp he will make sure to include one or more who is/are injured. This raises alot of questions on how he makes his call ups because it shows lack of seriousness on his part.

Godfrey Ngwenya was in the initial four team tournament provisional squad but he is still injured up to today so where did the coach see him?, How was he called ?.

Another issue is his tendency of being too personal with players. He is a disciplinarian and I respect that but Zambia national team is not about him and his principles but the entire country is affected.

Another thing i have noticed is his poor reading of the game. He has only made a countable number of changes that have had any effect on the game but the rest have been routine and rehearsed or pre-planned substitutions.

The government has no money for an expatriate coach so who takes over from Nyirenda should he be shown the door ? Honor Janza and George Lwandamina already had their time at the helm and it did not end well.

It might be the issue of sticking it out with what you have since FAZ seems to have limited options unless they can get a sponsor to be paying a coach Nyirenda might be staying even after the technical meeting.

Sharing is caring! Click on the icons below to share with family and friends.
Blog, Blog, Expert view 32 Comments » 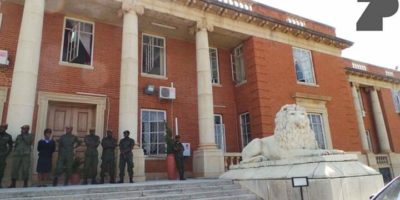 Good morning my people and long time. Sorry I haven’t been writing because I didn’tRead More

32 Comments to Expert View: Wedson Nyirenda’s time at the helm of Chipolopolo