I am here to succeed and not fail- Micho

Zambia national team head coach Milutin ‘Micho’ Sredojeviç says he came to Zambia to succeed and not to fail. Micho was speaking this morning at Government Complex after he finally signed his two-year deal following his unveiling back in February. “Wherever I have been I have been successful and I have come here to succeed and not fail. The players are hungry for success and that will drive us. I can assure you as an optimist that we are on a performance-based road,” Micho said. The Serbian gaffer feels theRead More

The Football Association of Zambia ( FAZ) has confirmed that the FAZ Women’s Leagues remain suspended until the review of the prevailing health situation by the authorities gives the go-ahead. There has been a lot of rumors surrounding the resumption of the Women’s Leagues but according to a press statement by FAZ Communications manager Sydney Mungala which was availed to the ZamFoot Crew, The Women’s leagues together with men’s lower-tier football remain suspended. “The Football Association of Zambia (FAZ) wishes to advise women clubs that their league remains suspended untilRead More 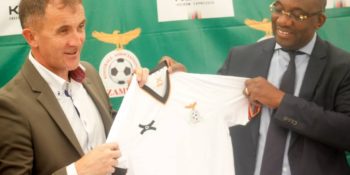 Milutin ‘Micho’ Sredojevic has officially been penned his two-year contract. The former Uganda national team gaffer was unveiled back in February but only signed his two-year deal today. The contract was signed this morning at Government Complex. This follows the announcement from Government that all the relevant ministries had given Micho’s contract a go-ahead earlier this week. Sports Minister, Honourable Emmanuel Mulenga represented the Government at the signing ceremony and assured the Serbian gaffer of support from Government. “Firstly I would like to officially welcome Mr. Milutin Sredojevic to myRead More

Only God can help us now – Lwandamina 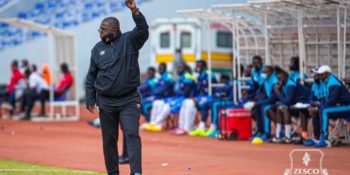 Zesco United boss George Lwandamina believes Supernatural intervention is the only thing that can help teams now following the resumption of the league in the new normal. Lwandamina feels only God can help teams as planning can not help if COVID-19 results come out and affect what the coach and technical bench had planned. “There is nothing like good planning. You can plan but when COVID-19 test results are out, you find that everything that you had put on paper is gone. It is difficult for everyone. It’s only GODRead More

Patson Daka and Enock Mwepu expected back in training next week

The Austrian based Zambian duo is expected back in training next week despite having only finished their season a little over two weeks ago. The players will undergo training tests on the 27th of July before holding their first training session on July 29th at the Taxham training pitch. We cannot wait any longer! #preseason pic.twitter.com/SA4wMpvG9Q — FC Red Bull Salzburg EN (@FCRBS_en) July 23, 2020 The Austrian Bundesliga Champions will then hold a training camp in Bramberg am Wildkogel from 1st to 8th August. Salzburg has also organized sixRead More