Zambian winger Kenneth Kalunga scored the only goal of the game as Benfica Castelo Branco beat Ideal by a lone goal in a Portuguese Campeonato de Portugal Prio encounter over the weekend. The match was his first after returning to the starting 11 after a knock that ruled him out for three games. On the day of the match, Saturday was actually his father’s birthday and his parents were with him on holiday. They watched the match as he scored the winner. The ZamFoot Crew caught up with the 2017Read More 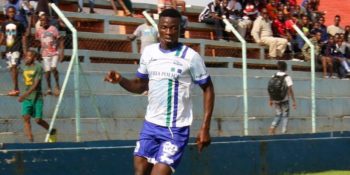 Nkwazi Football Club midfielder Steven Mutama has extended his contract with the Lusaka based Super League club which will see him stay at the club until 2021. Mutama has been putting up man of the match performances for the Police sponsored side doing so in more than three Super League matches despite the team not picking up wins. According to a media statement released by the club, Mutama says he has decided to extend his contract because he loves the club and wants to help push the team to aRead More