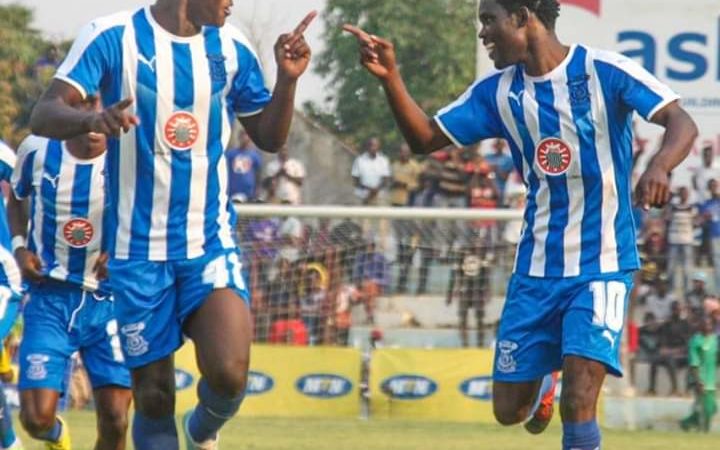 Nkana has continued their good start to the 2019/2020 Super League season as they edged Team Kopala 1-0 at Levy Mwanawasa Stadium this afternoon.

Idris Ilunga Mbombo’s first-half strike was enough to earn the Kitwe giants maximum points. The goal is the third that 2018 Zambia Super League player of the year has scored so far.

At the same venue in an early kick-off, newly-promoted KYSA earned a valuable point as they held Forest Rangers to a 1-1 draw. Ian Sililo continued his fine goalscoring form as he netted his second goal in as many games to put KYSA in the lead. Zikiru Adams scored late in the second half to make sure the two share spoils.

In Lumwana, The Airmen managed to collect maximum points beating the hosts Radiants 1-0. James Chamanga scored the only goal of the game.

At Arthur Davies Stadium, Power dynamos recorded the biggest win of the day as they beat Lusaka dynamos 2-0 with goals from Larry Bwalya and Benson Sakala.

In Kabwe, Zimbabwean Ali Sadiki announced his arrival to the Zambia Super League with a beautifully taken free-kick to earn the magnificent People’s team maximum points as they edged Nkwazi 1-0.

Compiled by the ZamFoot Crew

« We focused on beating Agosto – Chiyangi (Previous News)
(Next News) CAF CL: Zesco score an away goal as Eagles lose at home »

If only I had drunk less and worked a little harder; Clifford Mulenga talks about his downfall