Zesco United look to end load shedding on the pitch

With the country having to deal with long hours of load-shedding from 2018 up to date, it is somewhat not so surprising that Zesco United a team mainly Sponsored by Zesco Limited could not also light up their performance even for ninety minutes.

Zesco United, A team that has dominated the Zambian Superleague for the past 10 to 12 years had by all standards a poor 2019/20 season which leads to the team missing out on continental qualification for the first time in 10 years.

The club executive lead by Mr. Richard Mulenga has now gone on to the market and has begun to sign high-quality players in the likes of Bruce Musakanya, Kelvin Mubanga Kampamba, and Lazarus Phiri in readiness for the 2020/2021 Super League season.

The ZamFoot Crew now looks at the new signings the Ndola based outfit has signed and which other departments Zesco United need to reinforce before the next season.

The Red Arrows captain has signed a two-year loan deal with Zesco United. Bruce has been a long time target for the Ndola based side but the deal on many occasions failed to materialize.

Musakanya is a quick, intelligent, and versatile midfielder who can take on players creating a lot of chances for strikers like Kenyan talisman Jesse Jackson Were.

The Zambian International can also score goals as he also did that for his former club and the national team.

“I am very excited to sign for a big club like ZESCO United Football Club. My aim is to work hard and help the team win the league and qualify for CAF next season. It was unfortunate that the team didn’t qualify for continental football owing to the fact that the league ended prematurely due to COVID-19.”

Musakanya’s mission is to win a league title with ZESCO United, an opportunity that has eluded him for many years.

“It is my mission to win my first career league title with ZESCO United. This is a big opportunity for me. I will work hard to make everyone happy at the club.”

Lazarus Phiri is no stranger to playing Super League football as he has been with Green Eagles and Kansanshi Dynamos over the years.

The speedy winger might not be a household name but the player is a special kind who will light up the levy Mwanawasa stadium next season with some good interplay, pace, and crosses. He joins Zesco United on a one year loan with an option to extend.

This is a deal that has not only surprised the neutrals but even the Zesco United faithful themselves, signing Kelvin Mubanga Kampamba from rivals Nkana who just home the 13th title looked like a mission impossible considering the fact that Kalampa will be playing continental football next season.

Things were made easier with Nkana’s current financial crisis which has seen several players considering moving away from Nkana Stadium.

Kelvin Mubanga Kampamba will bring in the creative and new dimension that Zega was missing last season, his combination with Bruce Musakanya and Tafazdwa Rusike will definitely cause havoc to their opponents and goals will surely rain for the Ndola based side.

“It’s not an easy thing to move from Nkana to ZESCO United but I know that I am joining a big football club. It is unfortunate that we are not going to represent Zambia in the CAF Competitions. I am here to help the team reclaim the title and qualify for CAF competitions. I am very excited to join ZESCO United because this is a team that I have admired for some time,” Kampamba said.

“Our fans should expect more goals and assists from me. My mission here is to see this club win more titles. As such I will be working tirelessly to ensure that this is achieved.”

Technical Bench
George Lwandamina is arguably still the best local coach in the league but may need to advance his tactics as most teams have now mastered Zesco United’s play type.

The gaffer is well known for his defensive tactics of play and his habit of not liking to use younger players despite their potential.

Goalkeeping
With the Burundian international
Dieudonné Ntibahezwa set to be released after his contract expired, Zesco United will look to sign one or two other goalkeepers to give Ian Otieno competition in goal.

Defense
Zesco United’s defense has been shaky all season with the coach not seemingly sure about who are his preferred starting central defenders.

David Owino Odhiambo does not look like the same strong defender and may need to be replaced. It’s time for Solomon Sakala to up his game and start commanding a starting line-up role in the team.

The players Zesco United has in the holding role all look to have run their race and now tired. Zesco United are expected to announce one or two new players who can play in that role. Signing Kelvin Kapumbu from Zanaco would do the trick.

Another option would be to give young player Edward Tembo enough good time to prove how good he is. Tembo was among the best midfielders in the league in 2017 when he played for City of Lusaka.

Ever since the departure of Lazarus Kambole, Zesco United’s striking force as been firing blanks. Zega will need to sign at least one striker this season and most preferably it would be Idris Ilunga Mbombo.

Sharing is caring! Click on the icons below to share with family and friends.
Blog No Comments »

Give the Zambia Super League hype… It’s a viable product 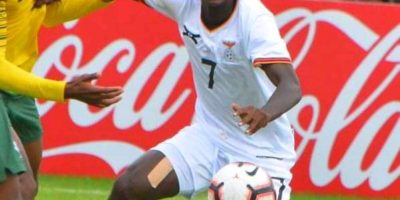