The MTN/FAZ Super League will enter week ten this afternoon but before the team, the ZamFoot Crew would like to remind you of what happened in midweek.

Several players were impressive for their teams and we now look at the players who impressed us and made it into our team of the week for matchday 9 of the 2020/ 2021 season.

Team of the Week IX

GK: Racha Kola (Zanaco), Racha Kola may have conceded a goal when Zanaco beat Napsa Stars 2-1 at Nkoloma Stadium but the experienced shot-stopper made several brilliant saves. Kola was outstanding and saved two sure goals for Napsa Stars to make sure Zanaco carry the day.

LCB: Derrick Mukombozi (Prison Leopards ), The Prison Leopards defender put in a good shift at the back and scored a goal to help his club beat Lusaka Dynamos 4-2 in what was a shock defeat for Elite.

RCB: Warren Kunda (Green Eagles ), The experienced defender put in a shift and half to make sure Stephen Mutama and Nkwazi failed to score and the two teams shared the spoils.

DMF: Kelvin Kapumbu ( Zanaco), The Sensational Zanaco defensive midfielder is arguably the best in the country and he again showed his brilliance both on and off the ball.

CMF: Paul Katema (Red Arrows ), The Airmen’s midfield general came to the party and was all over the pitch. He created a number of chances and was also good defensively.

RMF: Jacob Ngulube (Napsa Stars ), The former Nkana midfielder was brilliant on the day, sad he was on the losing side but his performance was nothing but a loss. He made accurate passes, created chances and scored a Beautiful header despite him not being the tallest player on the pitch.

LMF: Francis Zulu (Prison Leopards ), The Prison Leopards forward was unplayable on the day as he tormented Lusaka Dynamos and created two goals for the Kabwe based side to shock Wedson Nyirenda’s side.

LF: Moses Phiri (Zanaco ), The former Buildcon captain has continued to prove that he is among the best strikers in the league, and in midweek he did just that with a great finish inside the box to seal a 2-1 win for the Bankers.

RF: Tshite Mweshi (Prison Leopards ), The Congolese forward finally found the back of the net to shut up his critics and get his campaign on track opening the scoring in Prison Leopards’ 4-2 win over Lusaka Dynamos.

CF: Graven Chitalu ( Indeni ), The former Power Dynamos striker scored the winner as Indeni beat Nkana 2-0. He was good overall with hold up play and gave the Nkana defense an afternoon they will never forget. 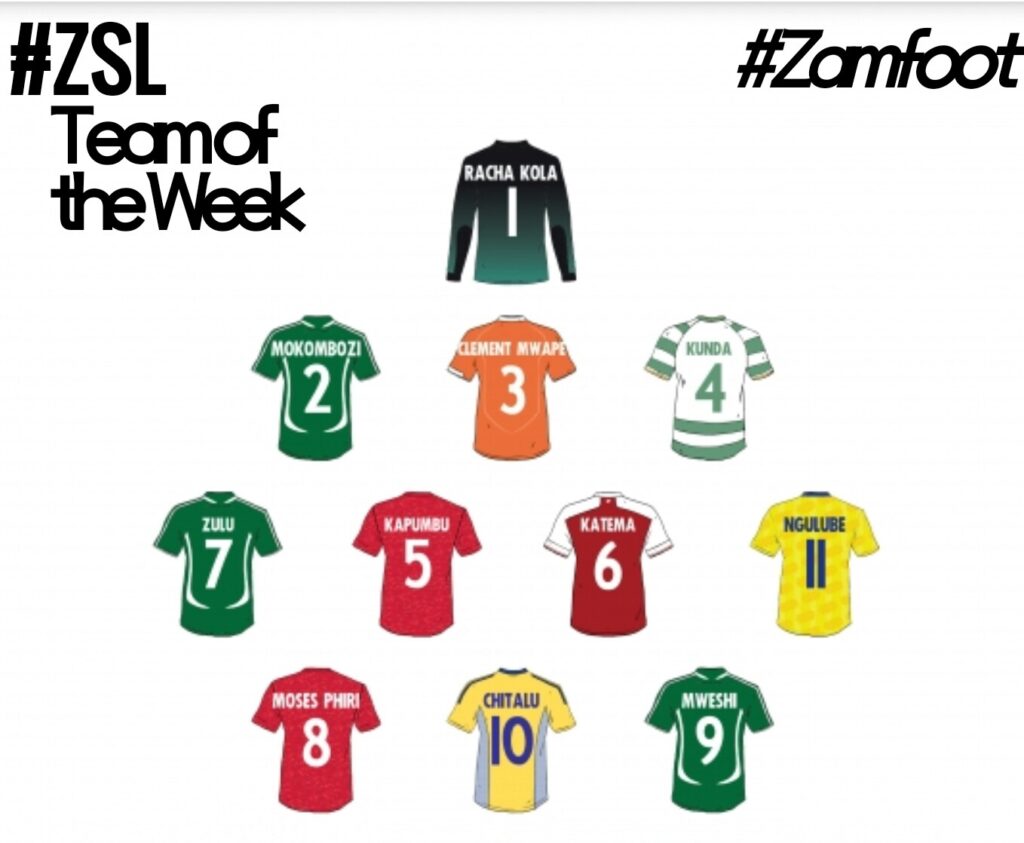 Player of the Week: Francis Zulu (Prison Leopards) his two assists and great shift overall gets him the nod as our player of the week.

Coach of the week: Mwenya Chipepo, There is no debate here as he orchestrated one of the biggest shocks of the season so far.

Sharing is caring! Click on the icons below to share with family and friends.
Bola Yapa Zed, ZamFoot XI No Comments » 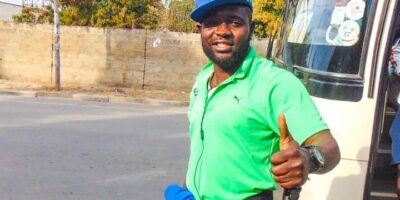 Kabwe Warriors in Mongu for Pre-season