The MTN/FAZ Super League week 37 brought forward fixtures will come alive this afternoon but before that the Zamfoot crew brings you the Zamfoot team of the week from week 34.

Games have become so competitive with a number of games ending in stiff draws.

Team of the week

GK- Robert Mwanza, The Green Eagles goalkeeper was in tip form and made a number of good saves keeping a clean sheet .

LCB- Jimmy Chisenga, The Red Arrows right back put in a decent shift helping the Airmen to a one all draw with Nkana at Nkoloma Stadium on Sunday.

RCB- Wesley Mutale, The Nchanga Rangers right back put in a wonderful performance in the team shock one nil win over Buildcon. His crosses we’re pin point. It was his free kick that resulted into the wining goal and his runs looked deadly and he covered up well

CB- Bonny Sunzu , The Choma Green Eagles center back was rock solid at the heart of defence making a number of clearences and last ditch tackles and was voted fans man of the match for the second game in a row.

DMF- George Simbayambaya, The Red Arrows defensive midfielder put in another top of the bill performance in the middle of the park. He was good both going forward and defending helping Arrows to rescue a point.

DMF: Chipo Mudenda , The Nakambala leopards defensive midfielder was the sugar boys best player on the pitch and had a heated midfield duel with Enock Sabamukama.

CM : Enock Sabamukama, The Burundian midfielder has been outstanding for most of September and Saturday was no different as he controlled the midfield and made great use of the ball.

CM: Austin Muwowo, The Forest Rangers midfielder has never dissapointed since his loan move and was fantastic on Saturday making the Eagles defense work sadly he ended up on the losing side.

LCF : Chitiya Mususu , The Sensational Zanaco striker came from the bench and brought slot of energy into the match against Kabwe youth and also chipped in with a goal to help the bankers secure maximum points.

CF- Tapson Kaseba, The Green Eagles striker continued his hot goal scoring form taking responsibility and converting from the spot. His overall contribution to the game was also very good.

Sharing is caring! Click on the icons below to share with family and friends.
ZamFoot XI 3 Comments » 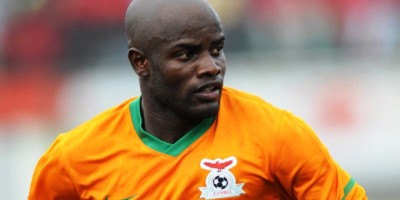 3 Comments to Zamfoot Team of the week : Mindeke named player of the week