Mozambique claimed the third and final African ticket for the FIFA Futsal World Cup in Colombia later in the year after beating Zambia 2-1 on penalties in the third-place match on Sunday at the Ellis Park Indoor Arena, Johannesburg.

The Mozambicans were cruising to a 5-4 victory, only for Kenneth Chulu to draw level with virtually the last kick of the game and force the tie into penalties. During kicks from the short distance, both sides missed their first two kicks; Ricardo Mendes and Ziraldo Antonio for Mozambique, and Zambians Michelo Kaampwe and Chulu.

Manuel Francisco coolly slotted home the third kick for Mozambique, which was neutralized by Adrian Chama. Amin Claudio restored the Mambas’ lead, and Robby Phiri blasted wide to hand victory to the Mozambicans.

Mozambique, who have qualified for the first time for the FIFA Futsal World Cup led 3-2 at the interval.

Flavio Boavida opened the scores on three minutes before Enock Shanchebo drew level a minute later. Captain Mendes restored the Mambas lead on five minutes only for a Ricardo Ferreira own goal two minutes after to even the score.

Mendes scored his second on eight minutes as the Mambas took a narrow lead into the break, which was cancelled by Kaampwe five minutes into the second half.

Zambia went into the lead for the first time on 32 minutes before two goals in a minute by Mendes, his tenth of the competition and Amin put Mozambique on the path of victory, before Chulu equalized in stoppage time.

The Mambas thus join Egypt and champions Morocco on the trip to Colombia. 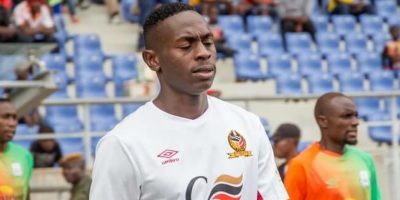 Just as the season is getting closer, there is a small matter of a communityRead More

Futsal: Zambia to fight for last WC slot after loss to Egypt

5 Comments to Zambia miss out on FIFA Futsal World Cup