?> We will cause an upset against Zambia though we not really interested in title-Mozambique U20 coach | ZamFoot

Mozambique U20 national team coach Jose Victor Matine has confirmed that his team does not fear the record 11 time COSAFA U20 title holders, Zambia but they do respect them.

Buoyant Matine told the ZamFoot crew after hist team played out to a goalless draw with Malawi that they will cause an upset when they face the junior Chipolopolo team on Saturday.

“We are not intimidated by Zambia. We have respect for them because they have a good team but we saw there match against Malawi so we are going to cause an upset by winning the game and qualifying to the semi-finals,” he said.

When asked about ambitions to win the title Matine said that was not his priority but helping the boys develop.

“It’s just development. We have 3 or 4 players who played in Mauritius at U17 in July. We just want to give more game time to players so that we prepare them for U23 and senior national team. We are not looking forward to winning this tournament because what’s most important at this stage is to give players an opportunity to develop and that’s what we doing,” he said.

Zambia who have a 100% record so far in the competition will face off with Mozambique on Saturday at the Nkana Stadium at 15:30 for a chance to top group A.

Sharing is caring! Click on the icons below to share with family and friends.
COSAFA U20 3 Comments » 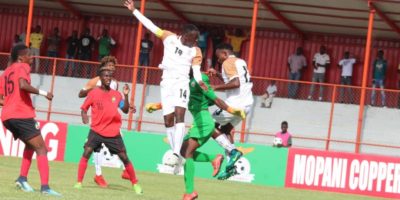 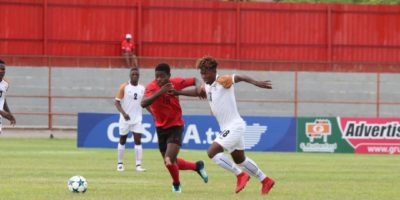