?> Sven targets a minimum of 4 points against Guinea Bissau | ZamFoot

Sven targets a minimum of 4 points against Guinea Bissau

Chipolopolo Boys coach Sven Vandenbroeck has said Zambia needs a minimum of four points to stand any chance of qualifying to the Cameroon 2019 African Cup of Nations next year.

Speaking to the media on Wednesday at Football House as he unveiled his 24 man squad, the Belgian born coach is aware that Zambia can’t afford to drop points as the qualifiers reach the climax.

With a round of two matches played, the Southern African powerhouse are yet to record a victory.

With six points at stake next week as Zambia and Guinea Bissau go head to head, a defeat for the Chipolopolo Boys might end the nation’s 18th appearance at the African Cup of Nations.

Just like the Chipolopolo faithful, Vandenbroeck is aware that it’s calculator time.

“Everyone knows Mathematics, we all know that we are three points behind,” Vandenbroeck said

Zambia and Namibia have a point each while Mozambique and Guinea Bissau are on four points.

Zambia host Guinea Bissau on Wednesday and the two nations will battle it out on match day 4 three days later on.

Sharing is caring! Click on the icons below to share with family and friends.
Men's National Team 7 Comments » 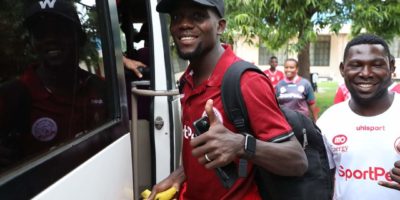 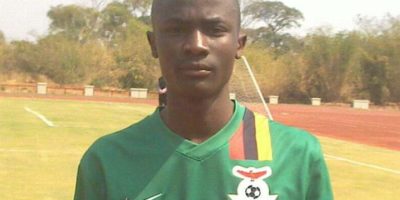