MBOMBO BACK WITH A BRACE

12 time Zambian Super League Champions Nkana FC opened the 2019/20 season with a resounding 2-0 home win, thanks to Congolese Idriss Mbombo grabbing a brace and man of the match award in the process.

DIAMOND CHIKWEKWE NOT FEATURED
Nkana FC on loan from Green Buffaloes midfielder Diamond Chikwekwe did not take part in the Kitwe based side home win as the contract deal includes a clause that exempts him from featuring against the parent club.

Zimbabwe Senior Women National Team boycotted the 2nd leg of the 2nd Round of Olympics qualifier matches gifting Zambia a walk over advantage.

BRADLEY MWEENE JET IN
Newly summoned South African based goalkeeper Bradley Mweene was the second Under 23 foreign base player to jet in the country(Zambia), following Mwiya Malumo’s arrival on Saturday. Both players have since joined the camp to face Congo Brazzaville on Wednesday.

LUBAMBO MUSONDA ASSISTS
Polish-based winger Lubambo Musonda broke on the counter-attack as early as the 4th minute to provide an assist to Robert Pich, as Slask Wroclaw gave away a lead to draw 1-1 at home to Pogon Szczecin.

EDWARD CHILUFYA BACK FROM INJURY
Swedish-based winger Edward Chilufya has fully recovered from an injury and was brought on in the 90th minute in Djurgarden’s 1-0 away defeat to 10-men AIK.

EVANS KANGWA,LAMECK BANDA JOIN LATE
Arsenal Tula introduced experienced Evans Kangwa in the 74th minute and Lameck Banda on the 89th minute, in a 2-1 home defeat to giants CSKA Moscow on the Russian Premier League.
Klings Kangwa was an unused substitute for a 3rd time.

GHAMPHANI LUNGU UNUSED SUB AGAIN
Under 23 utility player, Ghamphani Lungu watched from the bench throughout as his side Supersport United gave away a lead to draw 1-1 at home in the Semifinal 1st leg of the MTN8 against Pitso Mosimane’s led Mamelodi Sundowns.
Club and countrymate Billy Mutale has missed out since the start of the 2019/20 season.

MWEPU, PATSON DAKA ON BOARD
The Austria-based duo of Enock Mwepu and Patson Daka on a flight &set to join camp Monday ahead of Wednesday’s crucial tie against Congo Brazzaville.

FASHION, EMMA ON BOARD
Belgian based inform striker Fashion Sakala and versatile midfielder Emmanuel Banda on a flight &set to arrive in Zambia on Monday ahead of the Wednesday clash against Congo Brazzaville.

LAMECK BANDA, KLINGS ON BOARD
Zambia Under 23 camp could be a full house by Tuesday morning as Russian based Lameck Banda and Klings Kangwa could complete a list of European based players jetting back home to face Congo Brazzaville on Wednesday.

KENNEDY MWEENE STILL OUT INJURED
Zambia’s most capped player Kennedy Mweene was not part of the Mamelodi Sundowns charges that came from a goal down to force a draw in the South African MT8 Semi-final 1st leg away draw.

Sharing is caring! Click on the icons below to share with family and friends.
Bola Yapa Zed, Local Football, News No Comments » 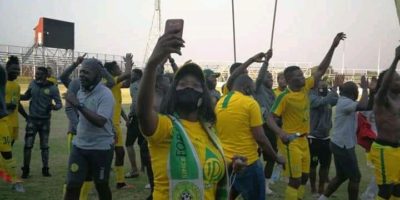