Former national team striker Given Singuluma has revealed his all-time Chipolopolo XI made up of mostly players he has played alongside during his Copper Bullets days.

Singuluma had a very successful career at club level most of which was spent at TP Mazembe.

At the senior national team level, Singuluma made over 35 appearances for the Copper Bullets and netted a handful of goals including the opening goal in the 1-1 draw with the Yannick Bolasie led DR Congo at the 2015 AFCON.

Six years earlier, He announced his arrival on the continent when he netted five goals to emerge as top goalscorer at the inaugural African Nations Championship (CHAN) tournament in Ivory Coast.

The former TP Mazembe cult hero could not find space for 2012 AFCON winner Emmanuel Mayuka who played alongside at the 2015 AFCON and opted for James Chamanga and legendary Collins Mbesuma.

Kennedy Mweene– “He has done so much for our country.”
The 2012 AFCON winning goalkeeper still deserves the chance to play for the Copper Bullets according to Singulama. 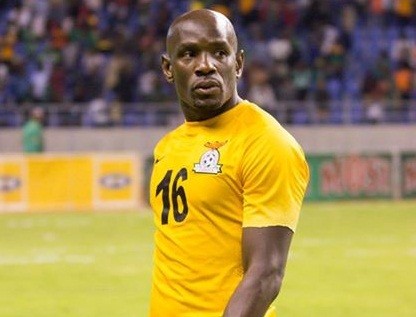 The now Nkana physical trainer has had an impressive career at the national level and he is Zambia’s second most capped player after Kennedy Mweene according to FIFA.

Marks Sinyangwe – For the left-back position, Singuluma decided to go with the late Nkana utility player.

Sinyangwe on Wednesday, August 10th at Ronald Ross Hospital in Mufulira where he had been admitted for one month following an illness.

“He was a very talented left-back with an amazing free kicks MHSRIP,” Singuluma said.

Stopila Sunzu– The 2012 AFCON winner is among the best defenders that Zambia has produced in the last 20 years and it is no surprise he made it to Singuluma’s XI.

“He has been good at the back since Herve Renard changed his position from midfield to center back.”

Elijah Tana– The lanky defender was one of Chipolopolo’s best players in the early 2000s has had a lengthy career of over 10 years with the national team.

“The big man was good during his playing time, played with him at Chan you could see he was good,” Singuluma.

Nathan Sinkala– Having followed in his elder brother Andrew’s footsteps, Nathan has gone on to curve his own path at the national team.

The 2012 AFCON winner has been a reliable asset since his debut for the Copper Bullets.

“Yaya has been good in midfield since he Came to the National team.”

Chris Katongo– The 2012 AFCON winning captain was a leader on the pitch during his time at the National team.

He usually came up with match-winning performances like the 3-1 win over South Africa on 9th September 2007 on the final day of the 2008 AFCON qualifiers to see Zambia finish top of their group.

“The AFCON winning captain has been good very instrumental to the National Team,” Singuluma said.

Katongo went on to win the 2012 BBC African footballer of the year following his heroics at the 2012 AFCON where he scored three goals and was named as the player of the tournament.

James Chamanga– One if the most under-appreciated players in regards to their contribution to the national team, James Chamanga this time got his recognition with Singuluma naming him in his team.

Chamanga has netted four goals in 12 African Cup of Nations appearances, having started 11 of those, One of a few players to score in four consecutive tournaments 2006-2012.

“Jemba has been good at the National team scoring at every AFCON he has played for this country.”

Collins Mbesuma– The former Portsmouth striker is arguably Zambia’s best striker of the last 3 decades hence he easily walks into the team.

Given Singuluma– The former Zanaco forward found space for himself in the team putting himself in his favorite number 10 role.

Singuluma told the ZamFoot Crew that he would have loved to partner Collins Mbesuma to score a lot of goals for Zambia.

Rainford Kalaba-The TP Mazembe captain has given Zambia some very good performances and when the country won it’s first and only AFCON title, Kalaba was a pillar of the team with the Commentators often saying when he (Kalaba) plays well Zambia plays well.

Kalaba will be one of the key players

“Ba mupa has been good every time he represents mother Zambia,” Singuluma said.

« DOES THE LETTER TO THE MINISTER CHANGE ANYTHING AFTER FAZ MANDATE AND ELECTIONS? (Previous News)
(Next News) CAF postpone Interclubs semis & Women’s qualifiers »

Micho’s meeting with Austrian based duo a success

I am here to succeed and not fail- Micho

One Comment to Singuluma reveals his Chipolopolo best XI… Mayuka, Chisamba, and Nkausu miss out as late Marks Sinyangwe makes the cut