Green Eagles goal keep Sebastian Mwange put up a stellar performance as Zambia wrapped up a series of international friendlies with a stunning 2 goals to one win on Sunday.

The former Nchanga Rangers goalkeeper kept scores leveled at nil-nil in the first half with two emphatic saves both from Anderlecht FC goal poacher Percy Tau but went on to concede in the 65th minute after South African Keagan Dolly beat his defense.

Mweene’s impasse with the FA and technical bench means sooner or later a new first-choice goalkeeper has to be found and Mwange has put himself in a good position to take up the mantle but of course, he has a lot of Competition.

In 2019, Mwange walked away with the 2019 Cosafa Cup Golden Glove award after his heroics helped Zambia to the title.

The Green Eagles goalkeeper who only made his national team debut at the tournament looked jittery in his first game against Malawi but grew leaps and bounds through the tournament to pull off brilliant saves for Zambia. He was on hand to save a Khama Billiat penalty against Zimbabwe to help Zambia roar over the Warriors in a tightly challenged semi-final.

With a strong showing in both the semi-final and final, he was the deserving goalkeeper of the tournament. The 28-year-old only conceded two goals at the tournament both of them coming against Malawi.

Should Mwange continue to impress he may just find himself as the new Chipolopolo first choice man between the sticks.

Sharing is caring! Click on the icons below to share with family and friends.
Chipolopolo No Comments » 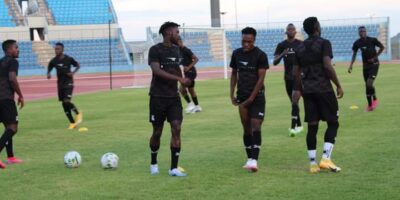