It was a day full of action for Zambian players based in South Africa as both the PSL and the Glad Africa Championship came alive with a number of games.

striker Lazarus Kambole made a rare start for Kaizer Chiefs as they came head to head with Polokwane City and put in an impressive 90-minute shift but he continues his search for his first goal for the glamour boys as his late effort was cleared off the line in the dying minutes.

Elsewhere, Midfielder Nathan Sinkala put in a full shift for Stellenbosch who despite being reduced to ten men managed a 1-0 win over Golden Arrows.

Winger Augustine Mulenga was an unused substitute for Orlando Pirates who played out to a goalless draw with Bidvest Wits. Austin Muwowo did not make the matchday squad while Justin Shonga is still out of the Bio-Bubble after bleaching the team protocol earlier this week.

In the Glad Africa Championship, Rodrick Kabwe put in a full shift for Ajax Cape Town who slipped to a 1-0 defeat at the hands of Tshakhuma Tsha Madzivhandila 1

2012 AFCON winner, Collins Mbesuma put in a full shift for the University of Pretoria who played out to a 1-1 draw with Steenberg United.

Sharing is caring! Click on the icons below to share with family and friends.
Rainford Kalaba 2 Comments » 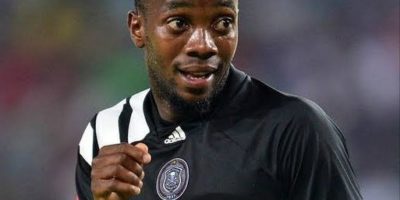