Out-going FAZ secretary general  Ponga Liwewe says the Zambian football environment is too toxic for him to work well.

Ponga revealed that people who lost to now FAZ president Andrew Kamanga (on March, 19, 2016) have continued to attack him and were striving to show that there was turbulence in the Zambian game.

And that there was another group of people who hoped to get jobs from Kamanga after he became FAZ president who have now turned against him after realizing that the corporate business guru was not the sort of person who dishes out jobs based on patronage.

He said this group of people wanted to see the Kamanga administration fail.

Ponga said Kamanga’s administration has made strides by being transparent and operating on good governance.

He said Zambian football was moving in the right direction which had seen the Chipolopolo become competitive again and the Zambia Under-20 winning the 2017 Under-20 Africa Cup.

Here is the Soccer Africa in full verbatim as Ponga Liwewe was interviewed via phone last night:

Mabena: Tell us what you think of the new Senegalese jersey.

Now let’s cross over to Zambia, where one of the wisemen…, an all-time friend of the show…..a man, who in fact, sat in the same chair am sitting today some years ago.

Now, Ponga Liwewe who had been the general secretary of FAZ…. joins us on the line after the news of his resignation was released to the media.

Ponga, it is a pleasure to speak to you for the first time in 2018.

Ah, please give us some back ground with regards to your stepping down in your position being ah FAZ,…as the general secretary.

Ponga: (Sounding in excellent spirits) Yeah, good to be back.

(Jokingly) I hope you guys have got a job for me there.

Ponga: Yeah, right, OK I mean I have served half of my term..ah two years of the four year term..ummmm..Obviously, you know football being a different environment from the public (private) sector, after a while I began to feel that ah, the urge to go back into private practice and to do something more commercial.

And I think that’s where, eh eh….that’s the direction am looking at now.

Having said that it’s been a good run with its ups and downs and of course, and you know people are there to assess whether we did well or we didn’t do well.

Mabena: Now you mentioned ups and downs, one has to ask there may be suggestions of may be..ah, behind the scenes trouble within FAZ, ah..the sign to that is your stepping down.

Can you back down.. back up or..Deny any of those allegations?….OR people that begin to think that way?

Ponga: Well, Look, they are entitled to speculate. I think we had er.. quite er..a hard time when we first came into office (2016 when FAZ president Andrew Kamnaga was elected).

There was turbulence within the executive, of course, until two of the members were..were expelled.

Er..They went through er…through a process through the Council. The Council decided to expel them.

And I think things sort of settled down a little bit after that. We had the Under-20 championship (Zambia 2017 Under-20 Africa Cup) which Zambia won.

We have seen the rebuilding of the national side (Chipolopolo) which has become competitive once again.

We have seen more transparency (and) good governance.

So I think we have made some strides. Of course, there will always be difficulties because African football has never been cash rich.

It is always struggling from, you know, from one programme to the other.

And I think that’s one area where there is room for improvement to stabilize the finances of the game and to sort of be able to have stability to get the programmes running.

We took over an organization that er..you know, hadn’t really changed over a long period of time and (we) started to introduce some new changes, bringing some new people, bringing some fresh blood.

And of course, you had situations may be where..er.. the people who were in office before this executive, one or two of their supporters always felt it was necessary to keep on attacking the association.

Some of those people are media people unfortunately and so they are have always strived to create an impression that there was turbulence where it wasn’t really a case of that much turbulence at all.

Ponga: Hey! How are you Idah?

Idah: A-am good. Listen, we want to..you need to tell us the truth.

What is the problem?

(Ponga laughs in the background).

We know you. You are not a quitter. What is the problem?

Why are you really quitting? Am..

Secondly, do you see yourself running for the presidency (of FAZ) sometime?

You know now you have been in there.

You know, now you know how these things are run and I know you are a very decent man when you see something is not right, do you see yourself going in for the presidency of FAZ?

Ponga: Firstly, I don’t think moving from one-one organization to another should be regarded as quitting.

I think it is a move to take a different career direction rather than to stay where one is.

I found football to be quite a political environment.

It was my first time to work in this kind of environment. Previously, my work has been in the private sector..er.. from the time I left school to-to this point in time.

So it’s quite a toxic environment. But I would say that Zambian football is totally polarized-which wasn’t the case may be a-a decade ago.

Very unpleasant environment for the running of the game and obviously, you want to work in a situation where there is peace, where there is harmony, where everyone is working together; a lot of external forces out there who want to see this administration fail which is unfortunate.

And as the president Andrew Kamanga said, you have a situation where there are people who were in office who..who lost and are no longer in power who hate him.

And when they realized that he is not the sort of person to be dishing out favours, they have also turned against him.

So, he said himself that he is in no win situation.

Ponga: So as for the presidency, Idah, I think a short spell, you know in a political stroke sports environment er..sort of shown me that it’s not the kind of environment that I think would fit me.

Zambia staged the Under-20 Africa Cup which was very successful and they filled the stadiums.

And now there is the Four Nations but attendances does not seem to match that one (Under-20 Africa Cup) .

What is wrong? Are you happy? Are you satisfied or the marketing was not properly done as the Under-20 tournament?

Ponga: Well, you look at the Four Nations.

Under-20 was really competitive.

The Four Nations is sort of friendly because we have taken advantage of the FIFA weekend.

If you look at the Wednesday games, obviously we were on the Copperbelt, where I would say 99..98-99% of the people are in formal jobs so to get people out of the offices mid-week is not that easy.

But I would urge you to watch this Saturday’s final where of course Zambia plays South Africa, and Angola in action against Zimbabwe.

I think this will be a true reflection being a weekend occasion. Er..it will show you that the following is there for the beautiful game and that we are moving in the right direction.

Mabena: Ponga, we would like to thank you very much for taking time to join us and remind you again that you always family, you always welcome amongst the wise men.

You are one of the originators of the wise men of course.

We would like to wish you well in your future endeavors.

Ponga: Looking forward to seeing you soon. Thank you!

Mabena: There you have it!

Sharing is caring! Click on the icons below to share with family and friends.
Exclusive Interviews 5 Comments »

From being banned at COSAFA, two loan spells to scoring goals for Green Buffaloes – The story of Nicholas Mulilo

Born in a family of three, two boys and one girl, and him being theRead More 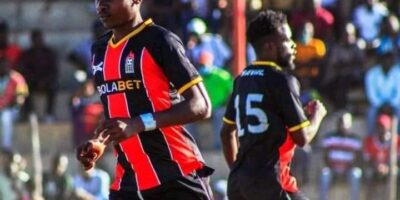 With great power comes great responsibility, Well in football it is usually with a greatRead More