?> Patrick Gondwe bags COSAFA U20 player of the tournament, Heads to Spain for trials | ZamFoot

Patrick Gondwe bags COSAFA U20 player of the tournament, Heads to Spain for trials 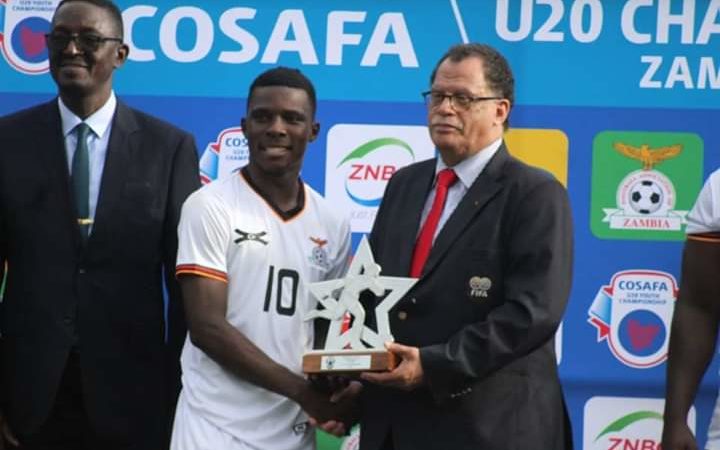 Zambia Under-20 national team midfielder Patrick ‘Bomber’ Gondwe will be going to Spain for trials after he was named the Player of the Tournament at the just-ended Cosafa U20 Championship in Lusaka.

The 17-year-old Young Nkana midfielder will be going to try out with CD Numancia who are currently competing in the prestigious LaLiga Smartbank Spain’s second division, second only to the exalted LaLiga Santander.

This is a result of the Council of Southern Africa Football Associations (COSAFA) forging a partnership with the Spanish football league, LaLiga, for the just-ended 2019 COSAFA Under-20 Youth Championship.

Gondwe was a stand out performer scoring two goals and being involved in most of the Zambia attacks throughout the tournament.

Zambia beat South Africa 3-0 to win their eleventh title thanks to a brace from Jonathan ‘Mbombo’ Munalula and a goal from Francisco Mwepu.

One Comment to Patrick Gondwe bags COSAFA U20 player of the tournament, Heads to Spain for trials