Our Season was excellent screams Chambeshi

Nkana boss Beston Chambeshi has described his team’s 2018 season as excellent. Chambeshi guided Nkana to a second place finish in the league and Barclays Cup triumph.

Chambeshi is of the idea that his team is team is moving forward step by step and they are improving.

The Zambia U23 head coach is also not ruling out the possibility of Nkana signing at least one more player.

” Nkana is a big team hence I can’t rule out addition of one or two players. We have to beef up the squad especially were we think we need to improve,” he said.

After the win on Sunday Nkana will next be in action on 27/28th November when they take on UD Songo in the CAF Champions League preliminary round.

Chambeshi believes the Barclays Cup triumph will act as motivation factor for his team heading into continental football.

” Any victory pushes up the morale of the team. It’s one of the motivating factors even the boys are happy. Come next game in the CAF Champions League we will know were to start from, ” he said.

” In each and every game we play, We learn one or two things so like today we have leaned that we need to bury our chances going into Champions League,” he added.

Nkana claimed their first ever Barclays Cup title on Saturday following a three nil victory over Young Buffaloes in the final.

Sharing is caring! Click on the icons below to share with family and friends.
Barclays Cup, CAF Champions League, Exclusive Interviews 3 Comments » 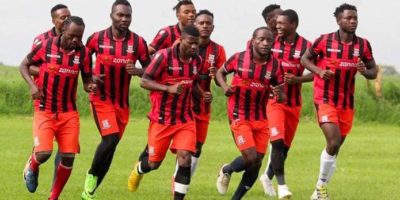 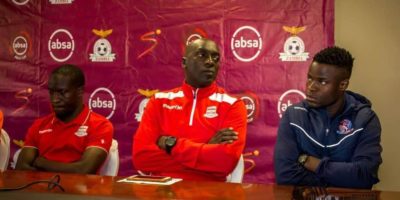 3 Comments to Our Season was excellent screams Chambeshi