Only God can help us now – Lwandamina

Zesco United boss George Lwandamina believes Supernatural intervention is the only thing that can help teams now following the resumption of the league in the new normal.

Lwandamina feels only God can help teams as planning can not help if COVID-19 results come out and affect what the coach and technical bench had planned.

“There is nothing like good planning. You can plan but when COVID-19 test results are out, you find that everything that you had put on paper is gone. It is difficult for everyone. It’s only GOD himself who will decide if those who are in charge can’t decide, God will decide for us,” Lwandamina told the club’s official website.

The former Yanga SC boss opened up about how difficult it is to plan for games now especially if results come out and disturb the game plan put in place.

The Zega Mambo gaffer revealed that he was forced to call players who were not in his plans after some players tested positive for the deadly Coronavirus.

“It is very difficult when you are working on certain things and suddenly you receive that kind of news. I agree that we have a good number of players but it’s not everyone who can play and more especially the time I got the news, it was when I had announced the team,” he said.

“I was forced to start calling those who were not in my team. Their(players) first impression was that I was calling them because they were affected by the test results. But I tried to talk to them and explained the circumstances. I encouraged them to prepare themselves for a game they were not supposed to play. That’s not enough for players.”

“We have been together in the camp including those who are sick. I know we will need to go through another test which am sure is costly for the club, but to be certain we have to do just that,” he added.

Lwandamina believes the uncertainty that is surrounding the games and the time the results are coming out will affect players psychologically.

“It is not just about ZESCO United players. Psychologically, this is going to affect everyone. When you are put in suspense especially when you don’t have results, that takes a tore out on someone. The worst part of psychology is that it takes a lot of energy and stresses someone to the point that one can’t play football,” he said.

“The environment surrounding this pandemic, associated with football, I am sure we are not ready. We should have been doing these things before even announcing the resumption of the league so that things are put in place.”

“It’s sad that people concentrated on preparing the teams for the games overlooking the important aspects of health. These players are connected; they are a family. So when they feel that one is sick, they are also affected. It is a chain reaction. Having three sick players means that I have a total of six players out of the game,” he added.

Zesco United returned to action on Sunday and was held to a goalless draw by a resilient relegation-threatened Kansanshi Dynamos.

The defending Champions will now wait for 2nd August for their next game when they will square off with Lusaka Dynamos at the National Heroes Stadium.

Sharing is caring! Click on the icons below to share with family and friends.
Bola Yapa Zed, Zambian Super League 2 Comments » 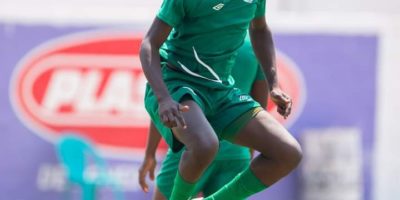 2 Comments to Only God can help us now – Lwandamina