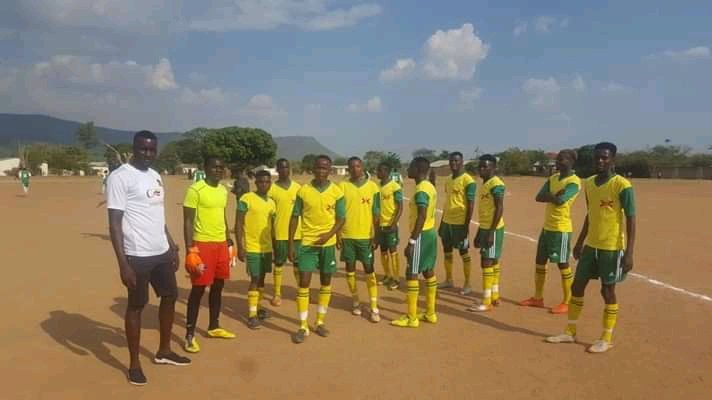 Katete United was formed in 2014. It is in the eastern part of Zambia,80km away from its Provincial capital, Chipata. It is owned by Katete Municipal Council and it’s home ground being Omelo Mumba.

The team has been on the rise, growing tremendously with balanced on and off the field stature as it is one of the best-sponsored sides in the province accompanied by positive on-field results amassed in past seasons.

Last season they went in strong beating all odds, giving opponents a tough time. They finished fourth in the prematurely ended FAZ Eastern Provincial Division One, six points behind league leaders and eventual winners Petauke United, two points behind second-placed, and one point behind the third-placed team.

The ZamFoot crew caught up with the head coach, Ezemar Syama who revealed that they are disappointed with their performance last season and went on to shed light on the plans for the upcoming 2020/2021 season.

He outlined the displeasure of missing out on a chance to play in the Eden University-sponsored National League but says he can no longer dwell in the past as it is history urging the team to forge ahead and remain focused.

“We had great hopes of securing promotion to the national league with six points behind leaders as we had a lot of games to play before the end of the league only for it to be brought to an end prematurely due to the covid-19 pandemic and I must salute FAZ for the bold decision they took as it was in our best interest to see to it that our lives are safe as you know that time the pandemic was at a peak and everyone was at risk, we accepted the decision by FAZ and we moved on,” Syama said.

Katete United is already gearing up for the upcoming season with the team resuming pre-season training sessions well ahead of time. Syama has placed qualification to the EDEN University/FAZ National League top on the agenda.

“We have resumed pre-season training early for the upcoming season, have mentioned the term early because FAZ has not set kick-off date yet for lower leagues but with that being the case we have not held back and wait on FAZ to announce kick-off dates for us to plan. We have gone ahead and I must say we have identified areas where I think we need to improve,” The coach told the ZamFoot Crew in an exclusive interview.

“We are working on those areas already as we have brought three players, a striker, midfielder and a goalkeeper for assessments, we hope everything will go well with the three boys so that they add depth and quality to the team,” he added.

The coach went on to thank the Katete Municipal Council for the continued support to the team, saying without their help the team wouldn’t have continued being in existence and asked other good wishers to come on board.

He went on to reveal that Katete people are itching for promotion and won’t take failure kindly.

“A big thank should go to Katete Municipal Council for the continued support to the team, they are doing all they can manage to make sure the team is in good condition financially and I must say they have done well in this area as we have been managing to travel for all our away games and our players are been given something to put in their pockets at least so am a happy person and I want to appeal to other people or companies to come on board and partner with the team to make me it more stable financially as you know football has become an expensive adventure”, the coach told the ZamFoot Crew

“I must be open and say the truth that Katete people won’t accept anything less than promotion to National League, look this team has been in existence for six years but what they have achieved so far is incomparable in the sense that within two years of playing in FAZ fourth-tier league we managed to win promotion in 2016 to FAZ third-tier league now called Provincial League were in the first season we didn’t finish in the top ten, the second season we managed to finish in top ten brackets, the third season finishing in top eight and last season we finished in top four so if you can reflect over what we have done in previous seasons am sure everyone is expecting us to reach new heights in the new season as we have never look back in terms of performance so I must say we are ready for the task ahead,” he added.

Syama went on to ask the people of Katete to continue rallying behind the team as football is entertainment saying their support will mean that they are happy with the team’s efforts, giving the team motivation to keep fighting hard as it is their prime role to make them entertained.

The FAZ Provincial Division One League is likely to kick off early or mid next month.

Sharing is caring! Click on the icons below to share with family and friends.
Division 1, Division One 4 Comments » 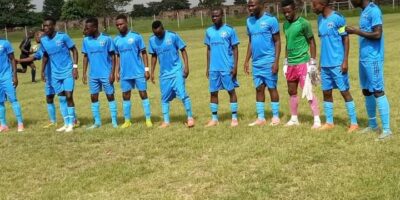