The final day Super Division fixture between Real Nakonde and Nkwazi is in real danger of not being played tomorrow in the border town.

Sources close to the development state the Real Nakonde players have gone without pay for four months.

“The boys have endured a lot of suffering. Imagine, they have not been paid for four months.

“Even winning bonuses for matches against Green Eagles, Lusaka Dynamos and Konkola Blades have not been paid.

“They have refused to train this week and are complaining that it’s too much of this management to treat them this way. I understand some players have taken the club to court,” the source said.

While Nkwazi are already in Nakonde, the demoted club players are understood to have vowed not to play until they are paid.

“The players had a meeting. We understand they refused to train the entire week here and said no one will play until they get their money sir.”

“I spoke to some players who didn’t want to be named and they confirmed the sad state of affairs here in Nakonde saying, ‘We have boycotted training since Monday and we won’t play the last game until they pay us our money, we have tolerated this and after having a players meeting we decided to put our boots down.’

“Can you be surprised that the team was relegated when the players were putting in everything without any motivation,” the source wondered.

A Real Nakonde official who spoke on condition of anonymity confirmed that the players are being owed.

“Yes, it’s true that the players are owed. There has been some challenges. But let me get back to you on the way forward,” the official stated.

“We wouldn’t want to start life in Division One with disciplinary issues of failing to fulfil a fixture.” 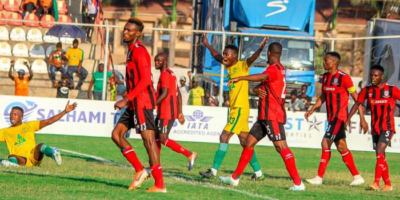