High Flying Nkwazi have boosted their chances of surviving relegation thanks to a 1-0 win away in Mufulira beating Wanderers for the first time since 2002.

Davy ‘Spacio’ Kalandanya scored a screamer in the 20th minute which proved to enough for the Policemen to carry the day and record only their 6th win of the season. The goal was also Kalandanya first of the season.

The win takes the Police Sponsored outfit to 12th place on the log with 31 points after playing 26 games.

Elsewhere, Sensational Zanaco became the lastest team to benefit three points from Nakambala Leopards after they failed to pitch up at their own Stadium.

Zanaco FC team bus and match officials already at Nakambala Stadium, but the entrance to the stadium still closed with no official from Nakambala in sight). pic.twitter.com/JZLvGgs1Hq

The three points and three goals will move Zanaco to fifth place with 45 points and with a real chance of playing Continental football should they beat Lumwana Radiants in their last game in midweek at Sunset Stadium.

"We're just waiting for the report to be written for a decision to be made concerning the match.” Go Watch the full interview on our YouTube channel @zanacofootballclub click on the link below https://t.co/jxDT0C5TIb pic.twitter.com/9UEZ0CdXEm

In Lusaka, Green Buffaloes also earned three free points after KYSA failed to pitch up as they have not been training.

KYSA were ordered to self isolate by the Central Province Health Department after some of their players tested positive for COVID-19 .

“We were told to go into self isolation and stop training. We were warned of serious repercussions if we ever tried to train or play games,” a source told the ZamFoot Crew.

The ZamFoot Crew understands that KYSA will not even pitch up for their final game against Mufulira Wanderers on Thursday at President Stadium. 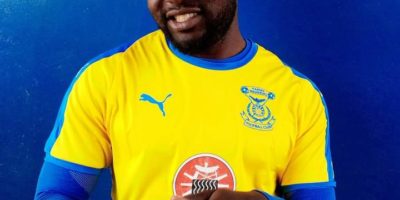