Zanaco came into the match on the back of frustration after their match with Forest Rangers over the weekend did not take off amid Health concerns.

The Bankers were hit a further big blow after Coronavirus results revealed that six players had tested positive for the deadly virus and could not feature in the match forcing coach Chris Kaunda to change his game plan.

Nkana started strong from the word go and dominated play. Kelvin Mubanga Kampamba was the busiest player on the pitch and could have set up a few goals but he was selfish in most instances.

Nkana finally broke the deadlock seconds into the second stanza, Debutant Chrispine Mulenga scoring from inside the area after being set up by Diamond Chikwekwe.

Three minutes later Kelvin Mubanga Kampamba made it 2-0 in similar fashion after some good work by Idris Ilunga Mbombo. Kaunda then made two quick changes bringing in Saith Sakala and Moses Phiri for Romaric Petroipa and Lawrence Chungu.

The two players gave Zanaco the much-needed energy and they started looking more dangerous but failed to find the back of the net. Idriss Ilunga Mbombo made a fantastic run from the halfway line before going round Toaster Nsabata to score Nkana’s third 6 minutes to time and seal the result 3-0.

The win takes Nkana to first place on the log with 46 points equal with Forest Rangers but with a better goal difference while Zanaco remains in 10th place with 35 points.

Next up for Zanaco is a week 19 rescheduled encounter against High Flying Nkwazi over the weekend at Sunset Stadium. Nkana will have to wait for August first for their next fixture as they travel to Lusaka to face Red Arrows at Nkoloma Stadium. 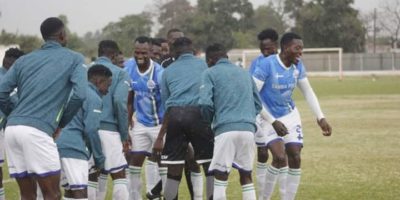