Mugalu was initially reported to be heading to Sunset Stadium but the ZamFoot Crew understands that Zanaco did not seal the deal despite being in talks with him and close to striking a deal with him.

The Congolese striker was reported to have terminated his contract with Lusaka Dynamos on the basis of unpaid dues.

According to a letter obtained by the ZamFoot Crew, Mugalu has not been paid his salary for up to 11 months and winning bonuses.

However the Times of Zambia newspaper reports that Lusaka dynamos owner Hanif Adams has said that Mugalu is till their player and expressed ignorance of the termination letter.

” If at all there is a termination letter, it is not written in Mugalu’s handwriting and I am sure its the work of a club that is after him” Hanif Adams is quoted to have said.

A ZamFoot Crew source close to the club however confirmed that the letter had been delivered but was not signed by the club to complete the termination process.

The hitch now for this proposed move is the International transfer certificate which is still with Lusaka Dynamos.

« It’s all or nothing says Vandenbroeck (Previous News)
(Next News) Transfer Talk: TShimenga linked to Zanaco » 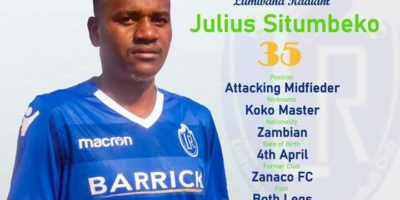 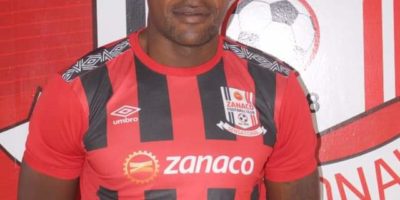