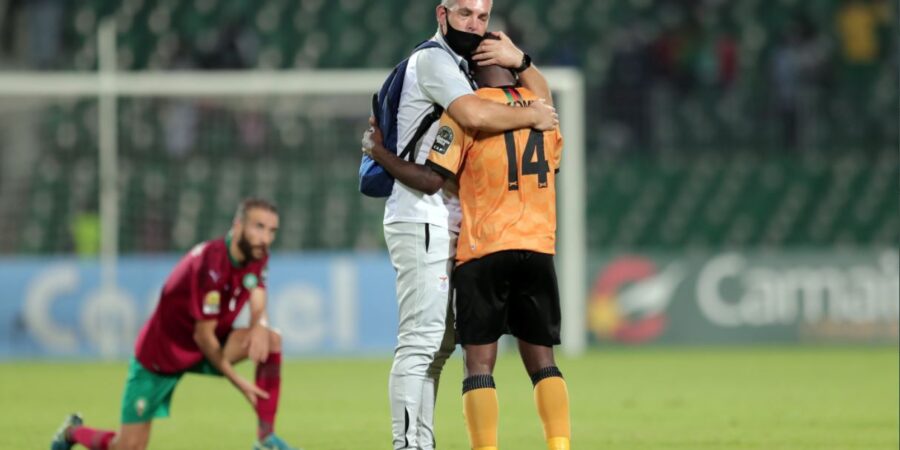 The Zambia national soccer team will be on the next plane back home after being dumped out of the on-going Total 2020 CHAN Tournament following a 3 – 1 loss to defending Champions Morocco. The Chipolopolo were a man down midway through the first half and 3 – 0 down at half time. They fought back to score a face saver late in the game.

The ZamFoot Crew rates the performance of the players:

Allan Chibwe 7/10 – At fault for the second goal when he came off his line but failed to make contact with the ball. Other than this, he did a lot more things right and should be credited for helping keep the score-line decent.

Clement Mwape 5/10 – Stepped up when he should have stayed tight to Rahim for the first minute goal and he was giving Rahim to much joy on the the left side of the Moroccan attack. He looked tired as the game wore off and was failing to keep pace with the runners

Zechariah Chilongoshi 2/10 – The ball that ended in a corner for the second goal originated from his end. Awful challenge that got him a red so early in the game. His sending off marked the end of the game for Zambia.

Adrian Chama 6/10 – Battled well in defense. Showed character in being calm and trying to bring the ball up from defense into midfield at very challenging moments

Luka Banda 5/10 – Not at his usual best seemed to lose his sense of position and the complementarity between and Chama lacked especially in the first half.

Kelvin Kapumbu 5/10 – Hardly settled in the game and often found himself chasing shadows. Hooked out at half time.

Spencer Sautu 4/10 – Apart from an incident when he got ahead of his marker for a diving header in the first half, its hard to remember the positives he brought to the game. He was the one marking the Bemammer and did not track his run into the 6 yard box for the second goal. Replaced by Chepeshi in the 68th minute.

Collins Sikombe 6/10 – Squandered a chance when he was played through by Benson Sakala at 3 – 0  with a heavy tough.

Amity Shamenda 8/10 – What a performance! He ran the left flank single-handedly after the sending off of Chilongoshi contributing in both defense and attack immensely. He looked the most like to give Zambia something and he provided the assist after winning the ball and making a first time pass to Phiri.

Emmanuel Chabula 5/10 – Isolated for most parts but did not do enough to work the defenders.

Moses Phiri 7/10 – He let his weight be felt by the defenders and looked lively when came on. Brilliant take for the goal on the half turn.

Benson Sakala 8/10 – A very strong performance by Sakala. He calmed things down in the middle when he came on. Got a last ditch tackle right to deny Morocco a goal in the 58th minute. He should have had a an assist after he drove forward to release Sikombe whose heavy touch saw the ball easily picked by the goalie.

Benedict Chepeshi 6/10 – He sent on the cross that resulted in the goal. Brought stability to the defense when he came in with a change in tactics that saw Zambia have a more settled defender in the right defensive position.

The loss will be laid at his feet as he is the manager. To his defense, there is little he could have done with the first minute goal, the red card and the penalty. A totally horrendous start to the day at the office. He showed that he is brave by not going for damage control but urged the boys to go for it. Once he got the boys out for the second half, there was more stability and all his substitutes had significant contributions ensuring that the result was decent on a day it could easily have been humiliating.

Sharing is caring! Click on the icons below to share with family and friends.
Blog, CHAN 13 Comments » 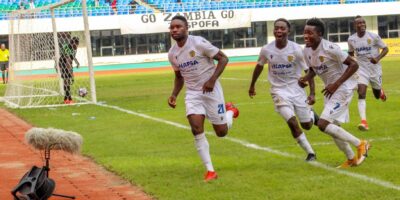 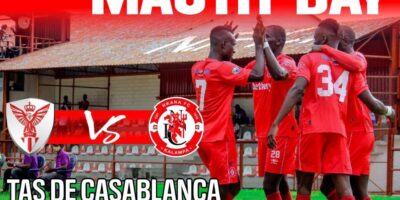