?> Micho lays down the age marker in his team selection for Botswana | ZamFoot

When Milutin Sredojević dropped Clatous Chota Chama from the team that played key international friendlies in October, he spoke of how he was not impressed that Chota and Aubrey Chirwa who play in neighboring Tanzania would only make it to the Chipolopolo camp after Fashion Sakala of Belgium and the Russia based duo of Klings and Evans Kangwa.

With mounting pressure from the fans, he changed his stance and stated that it was because the player would not have made it in time to take the COVID-19 test and receive the results. What he said in addition to this also gave a hint on what he is trying to mold.

“When you love football, you love players that are skillful. He (Clatous) is an extremely skillful player and he is needed. He is not in the age bracket that we are looking for but he has been on the list because we believe in his skills,” Micho said of the 29 year old Chama.

It seems by missing the flight to Lusaka, Chama blew his one life into the Chipolopolo squad as Micho has gone for age over ‘skill’.

Looking at his selection, the gaffer has picked a team with an average age of 24. The outliers are goalkeepers Sebastian Mwange (28) and Allan Chibwe (29), Evans Kangwa (28) and Augustine Mulenga (30).

While the goalkeepers get better with age, Mwange may have already justified his inclusion looking at the pool of goalkeepers available while Kangwa seems to be primed to take over the leadership of the team as captain. Based on his own score, there is very little justification for the inclusion of Augustine Mulenga though his experience could be a plus for the team.

For all he said on the reasons for dropping national team skipper Kabaso Chongo – certainly the issue of the ‘age bracket’ he referred to made the decision easier for him.

There have been calls for the inclusion of the veterans like Stoppila Sunzu (31), Nathan Sinkala (29), Kabaso Chongo (28), Mwape Musonda (29) and the like, but it is clear that the Serb has laid down the age marker and it is the future Chipolopolo that will be on show against Botswana.

Sharing is caring! Click on the icons below to share with family and friends.
Blog, Stopilla Sunzu 8 Comments »

« Analyzing Coach Micho’s 26 man Squad to face Botswana in the DO or DIE back to back encounters. (Previous News)
(Next News) Napsa Stars duo confident of a positive result against Young Green Eagles »

Administrative leave!!!!!! the latest trend to have hit the Zambian Football scene at least inRead More 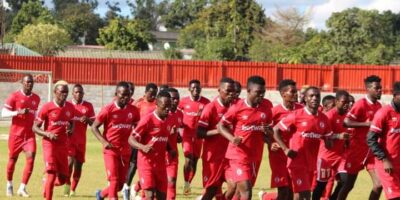