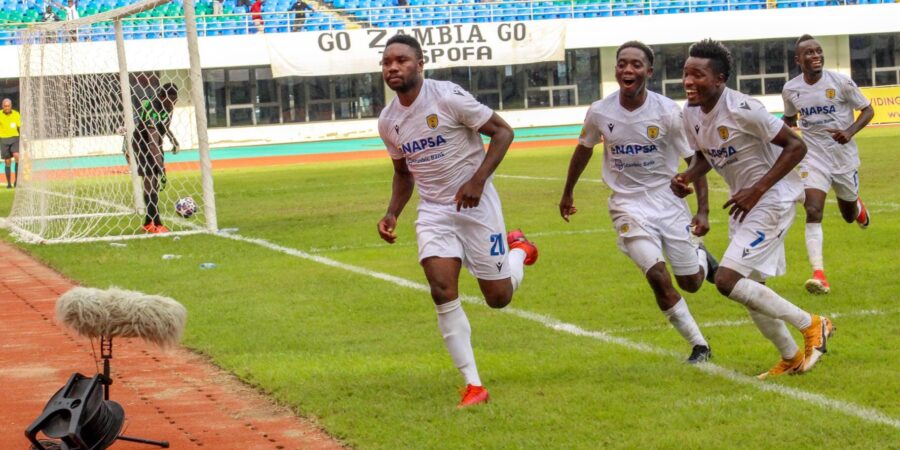 On February 12, 2021, the Zambian football fraternity commemorated the 9th anniversary of Chipolopolo’s 2012 Africa Cup of the nations (Afcon) trailblazing triumph in Gabon.

Zambia beat Ivory Coast 8-7 on post-match penalties to lift the most coveted trophy on the continent.

Striker Emmanuel MAYUKA was second on the penalty taker’s list, after Christopher Katongo, and he scored to put Zambia on level terms with Ivory Coast. Stoppila Sunzu scored the winning penalty.

MAYUKA, who later played for Southampton, was awarded the golden boot after scoring 3 goals.

After uninspiring stints in England, France, Egypt, and Israeli; the striker returned home to reinvigorate his career. And he has discovered his form in the Zambia Superleague at NAPSA Stars.

He rediscovered his 2012 scoring boots on 12th December 2020 scoring the only goal as Napsa won their first league match in the 2020/21 season against Green Buffaloes at Woodlands Stadium.

Subsequently, Mayuka came off the bench to equalize for NAPSA in a 1-1 away draw against UD Songo of Mozambique, in a CAF Confederation Cup qualifying match.

The first leg match against Songo had ended goalless in Zambia; hence that equalizer helped Napsa to qualify for the play-off round of the Confederation Cup.

It was the striker’s third goal in the 2020/21 CAF Confederation Cup, having also claimed two goals in the 9-2 aggregate victory over Ngazi FC of the Comoros Island.

After missing the 1st leg encounter between NAPSA and Gor Mahia away in Kenya due to an injury, Mayuka returned to rescue the pensioners and earned a birth in the 2020/21 CAF Confederation Cup group stages on 21st February 2021.

NAPSA who was carrying a 1-0 away advantage sat on their laurels as Gor Mahia, who arrived in the country a few hours to kick-off time, scored two quick goals to level the aggregate scoreline.

This meant elimination for NAPSA based on the away goal rule, but Coach Mohammed Fatti unleashed the masterstroke; introducing Emmanuel MAYUKA in place of Bonwell Mwape. A like-to-like Substitution.

At the death, Substitute and U20 international Jimmy Mukeya was brought down inside the box. With composure, Emmanuel MAYUKA stepped and scored from the spot; reminiscent of the 2012 Afcon final post-match PENALTY take.

Debutants NAPSA Stars are through to the 2020/21 CAF Confederation Cup group stages.

Sharing is caring! Click on the icons below to share with family and friends.
Blog, CAF Confederations Cup 8 Comments »