In group A, Luyando Foundation made it two wins in two games to secure qualification to the semifinals by finishing top of group A following a 2-1 comeback win over Pataaki.

Pataaki were the first to strike thanks to a close-range finish by Blessing Zulu beating Shanice Kolala in the Luyando goal. Luyando Foundation however quickly organized and leveled matters through their star midfielder Evarine Susan Katongo who benefited from some sloppy goalkeeping to slot home from close range.

Pataaki had a goal disallowed as Jessy Phiri handled the ball in the build-up to her well exciting finish. Elessy Chilandula had a chance to put Luyando in the lead but her header from less than a yard out hit the side netting.

Chilandula however made up for her earlier mistake with a moment of magic as she netted direct from a corner kick, Luyando held on to win the match 2-1.

The second match in group A saw Nkwazi face All-Stars with the Police sponsored outfit needing a direct win while the youthful All-Stars side needed just a draw to seal their place in the semis.

It was Nkwazi who came out victorious as they edged All-Stars 1-0 to finish second behind the fan favorites Luyando Foundation. Dorothy Daka scored a scorcher from a long-range to send Nkwazi into the semis.

All-Stars who started the tournament like a house on fire were unfortunate to be eliminated with just one loss on their cards while youthful and very impressive Pataaki FC finished the group in the last place despite putting up very spirited performances.

In Group B, Bauleni United Sports Academy (BUSA) shocked Green Buffaloes Women’s football club thanks to a Regina Chanda brace to finish top and qualify to the Semifinals along with the Army Women. Lusaka Dynamos finished third while YASA Queens finished bottom of group B.

BUSA will face Nkwazi in the first semifinal on Thursday while Luyando Foundation and Green Buffaloes will clash in the second semifinal. The third and fourth play-off takes place on Friday at 15:00 and the final on Saturday morning at 09:00hrs. 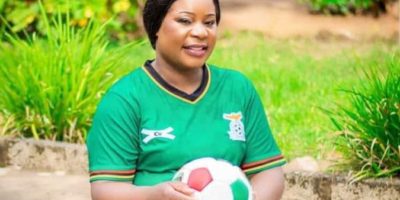 “Everybody can be great because everybody can serve. You don’t have to have a collegeRead More