Lusaka Dynamos captain and goalkeeper Monga Ndala converted the winning penalty as the ‘The Elite’ won 3-1 on penalties.

ZESCO United came into the match looking to defend their title and make it seven titles in total while Lusaka Dynamos were looking to collect their first ABSA Cup title.

The chances were far and apart, And it was ZESCO United who had the first try at goal minutes after the half-hour mark, Kenyan talisman Jesse Jackson Were tried to catch Monga Ndala off guard but his long-range effort went over the bar.

Minutes later Winston Kalengo had a crack at goal but his shot also went over the bar. Kalengo nearly found the back of the net after some good work from Kelvin Mubanga Kampamba but Monga Ndala was alert and quick to react to thwart the threat.

In the second half, it was more of the same as chances rarely came. Lusaka Dynamos were reduced to ten men in the 71st minute after referee Janny Sikazwe sent off right back Paul Banda for a second bookable offense after a foul on Fackson Kapumbu.

The match went to penalties after neither side managed to score in regulation time. Tafadzwa Rusike, Fackson Kapumbu, and Bruce Musakanya missed their spot-kicks for ZESCO United and Adrian Chama scored him while Collins Sikombe, Tady Etekiama, and Monga Ndala scored while Ocean Mushure and Emmanuel Chabula’s spot-kicks were saved by Ian Otieno.

Botswanian midfielder Mothusi Cooper was voted as the man of the match walking away with K15,000, The best player of the tournament was Kelvin Mubanga Kampamba of ZESCO United who pocked K25, 000 same amount as Wedson Nyirenda who won the coach of the tournament.

Sharing is caring! Click on the icons below to share with family and friends.
ABSA Cup 3 Comments » 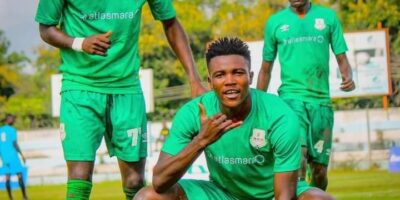 Confidence is a very important ingredient of everything you do in life, Football is noRead More