The UK based tactician has in the past revealed that he still has unfinished business with the national team but according to a ZamFoot Crew source, He is currently being tracked by two named Super League sides.

The 38-year-old is a former Zambia U-20 national team player born from a Zambian mother and an Indian father and was linked with the Zesco United job back in 2017.

The Bolton-born coach is currently a free agent and has worked with a number of EFL League clubs in England.

His last job was as head of recruitment at Sky Bet League One side Bolton Wanderers, Prior to that Kawri worked with Championship side Queens Park Rangers as the First Team Opposition Analyst and Scout. He was also the coach of the QPR U-23 side.

Kawri during his time at Queens Park Rangers

He has also coached at lower-tier sides Hereford United and Clitheroe FC.

Kawri who is also a physical education and football teacher has broad experiences and Extensive Skillset through Coaching, Teaching, Scouting, Analysis and a Sports Science degree and he is on the verge of completing his UEFA A Licence.

During his 6 months stint with the Copper Bullets, he worked with a number of the 2012 AFCON winners who applauded him for his training methods and what he brought to the national team in 2015 during George Lwandamina’s reign as head coach.

He has worked alongside a number of high profile experienced figures in English football and is expected to bring that experience to the Zambia Super League.

Sharing is caring! Click on the icons below to share with family and friends.
Exclusive Interviews No Comments » 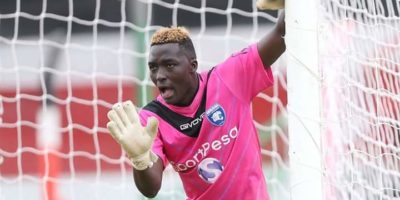