?> Heads up girls we have a semifinal to win- Skipper Barbara Banda tells Copper Queens | ZamFoot

Zambia Women’s national team captain Barbra Banda believes the Copper Queens will bounce back after Monday’s minor set back after they went down 1-0 at the hands of Malawi.

The 2020 China Taiping CFA Women’s League was speaking after a training session this morning. Banda narrated to the ZamFoot Crew that the players’ mood was down after the loss as they feared they were eliminated.

The Bauleni United Sports Academy product says she is taking it upon herself to lift the team spirit ahead of the crucial encounter against Botswana on Thursday.

“The training was not so much cause we just did recovery looking at yesterday’s game we played we just had to do recovery this morning waiting for the afternoon session,” she said.

“I always have to talk to my players every time, Am determined, Whether we lose or win we have to be focused and look forward to what comes next, we thought we were out but If our morale goes down and we are through to the semi-finals if I don’t encourage them then my players will keep on being in a bad mood so it’s my duty to talk to them, encourage them about the game, each game we play we have to be focused,” she added.

The Former Green Buffaloes Women’s football club forward also called on the fans to have faith and continue supporting the team.

The semifinals will see the defending champions South Africa clash with Malawi in the second semifinal on Thursday, while before that Botswana will take on Zambia in an early kick-off.

Sharing is caring! Click on the icons below to share with family and friends.
Women's National Team No Comments » 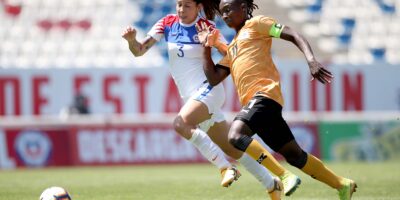 Impressive Copper Queens come from behind to beat Chile 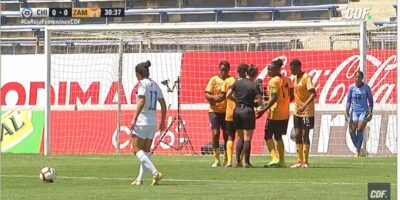