And Sinkala has said the proposed appointment of referee Janny Sikazwe as FAZ technical Director is misplaced.

Sinkala, in an interview from his base in Germany, observed that the
future of football was not clear as the Football Association of Zambia
(FAZ) had not given a clear direction of where the sport was heading.

He said for a long time, FAZ had concentrated so much on winning the
next match without planning for the aftermath.

“Football is not all about winning matches, there is also the aspect
of securing the future. I have been following what is happening back
home but I can say FAZ has not told us what plans they have to develop
the game and ensure the future is secured,” Sinkala said.

He said he was excited when Andrew Kamanga won the FAZ elections as
president because he had the business acumen to bring in the much
needed income at Football House but was disappointed that up to now
nothing much had been done.

Sinkala said it was not too late to come up with ideas that could help
the association stop relying on government support and that FAZ was capable of generating its own income once it put its house in order.

He wondered up to now why FAZ did not have a sports shop where people
could get branded merchandise of players especially the fallen heroes.

Sinkala said it did not help to continue comparing what each administration achieved or failed to achieve because FAZ was for all Zambians.

“The previous administration will point that they won the 2012 Africa
Cup and the current one will say they won the Under-20 Africa Cup but what have they left for the future. What plans did they put in after winning those titles. Nothing,” Sinkala said.

He said the situation was getting worse because FAZ was giving targets of qualifying to the Africa Cup without talking about winning the tournament.

Sinkala said if the aftermath of the 2012 and U-20 triumphs were well handled, the country would be basking in glory at the moment but that
poor planning left the country struggling to qualify to any
tournament.

Meanwhile, Sinkala advised that Sikazwe was not the right person to
take up the technical director job.

FAZ announced that they had proposed Sikazwe to take up the technical
director post though the Kapiri Mposhi based FIFA referee was yet to
indicate his position.

“If I was told today that Sikazwe has been appointed RefereesAssociation of Zambia president I would be happy because he has done alot as a referee and other referees look up to him. But the TD appointment is misplaced. I don’t know if he has the experience and
knowledge how to handle that job,” he said.

He said he was surprised to see Moses Sichone step down as assistant
technical director six months after his appointment without showing anything for it.

He said Sichone’s resignation should be explained because a lot was expected from the former Nchanga Rangers defender and for him to step down from what he loves doing was shocking.

“Where is the problem? Sichone resigned at a time when we expected to see the ideas he brought into the game. He left without showing us what he was up to. FAZ should explain where the problem is. Even Ponga’s resignation is not explained,” Sinkala claimed.

Sharing is caring! Click on the icons below to share with family and friends.
Paper Talk 4 Comments » 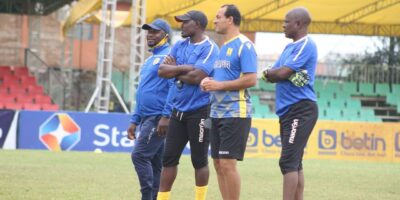 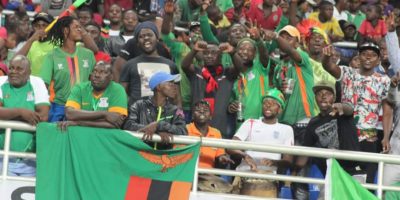