Zambia U20 national team midfielder Patrick Gondwe is confident the Junior Copper Bullets will beat the Amajita of South Africa to lift the ongoing COSAFA U20 Cup.

The Nkana midfielder who netted two brilliant long-range strikes to help Zambia to a 3-0 win over Angola in a semifinal clash against Angola is however aware that the match won’t be easy.

” It won’t be an easy match playing South Africa but we will go there put in our best and win the match. We know we are going to win,” Patrick Gondwe told the ZamFoot Crew in an interview.

The footballer selected as Player of the COSAFA Under-20 Youth Championship may find themselves playing alongside international stars on a whole new level and may also get the chance to play for Numancia’s first team, which has been graced by previous African stars such as current RCD Mallorca striker Lago Junior from Ivory Coast, and former Cameroon midfielder Daniel Komé, who played for during the 2000/01 season.

Gondwe who has been one of the outstanding performers at the tournament believes the possibility of going to Spain for trials is a big motivation for the players.

“Yes, it’s a big motivation for us as players. We just going to work extra hard and win the matches and what happens next is all up to us, ” he said.

The junior Chipolopolo booked their place in the final of the ongoing COSAFA U20 tournament thanks to a 3-0 win over Angola this afternoon at Nkoloma Stadium with a brace from Patrick Gondwe and a goal from Francisco Mwepu.

Zambia and South Africa will square off in the final at 15:00 at Nkoloma Stadium while Angola will battle Madagascar for Bronze in an early kick-off.

Sharing is caring! Click on the icons below to share with family and friends.
Cosafa U20 No Comments » 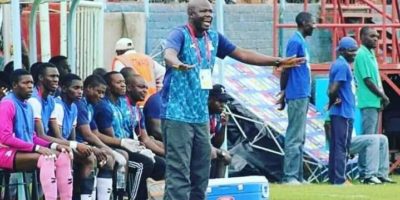 Patrick Gondwe bags COSAFA U20 player of the tournament, Heads to Spain for trials