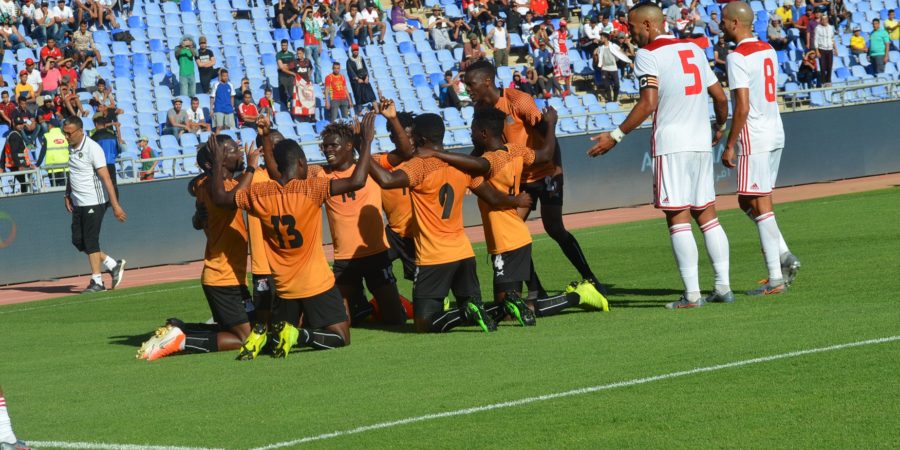 The Zambia national soccer team will walk on to the field of play this evening against the Atlas Lions of Morocco hoping to break the record of being eliminated at the same stage for a third time running.

The Chipolopolo were eliminated at the quarter final stage in 2016 and 2018 under the tutelage of George Lwandamia and Wedson Nyirenda respectively and they will be hoping to go a step a further this time to equal the 2009 record of reaching the semi-final.

Coach Milutin ‘Micho’ Sredojević has an experienced team at his disposal with skipper of the side Adrian Chama having started in the semi-final penalty shoot out loss to Guinea in 2016 while Spencer Sautu and Benson Sakala were extra time substitutes. Jack Chirwa was also at the tournament and was involved in the some of the games at the tournament.

Skipper Chama was again a starter in the team that lost 1 – 0 to Sudan in the quarter final of the 2018 tournament with Jack Chirwa and Friday Samu both coming on as second half substitutes while goal minder Allan Chibwe was the second choice goalkeeper at the tournament.

Important to note that Micho has 2012 Africa Cup of Nations winner who was also a member of the 2016 team, Isaac Chansa as part of his back room staff at the tournament.

Zambia has so far posted only one at the ongoing tournament. This was in their opening game of the tournament against Tanzania who the y beat 2 – 0 before going on to draw with Guinea (1-1) and Namibia (0-0).

Morocco on the other hand missed the 2009 and 2011 editions of the tournament and first participated at the 2014 tournament where they were eliminated by Nigeria at the quarter final stage. They then failed to make it out of their group at the 2016 tournament.

Morocco then hosted the tournament in 2018 at which they were crowned champions.

They come into today’s match as Group C winners having made a slow start that saw them beat Togo 1 – 0 before drawing Rwanda 0 – 0. They ended the group games strong with a 5 – 2 thrashing of the Uganda.

When it comes to head to head, Morocco has the advantage. The two teams have met 17 times with Zambia winning six times, Morocco winning nine times while the two have drawn twice.

Apart from a 0 – 0 draw in 2013 when the two teams played a friendly in Zambia, there have always been goals in this match-up with the highest scoring game was in 1973 when Zambia beat Morocco 4 – 0 in a game Brighton Sinyangwe scored a brace with Bernard Chanda and Moses Simwala contributing a goal each.

The last game played between the two saw the Chipolopolo beat the Atlas Lions 3 – 2 in Morocco in June 2019 in a game Beston Chambeshi fielded a mainly U23.

Mwape Musonda, Klings Kangwa and Enock Mwepu were on target for Zambia while Chelsea midfielder Hakim Ziyechi scored a brace.