The 33rd edition of the Africa Cup of Nations was originally scheduled to be held in Cameroon between Saturday, January 9th,2021, and Saturday, February 6th, 2021.

The final tournament of the Total African Nations Championship (CHAN) Cameroon 2020 has also been postponed till January 2021 in Cameroon.

“After consultation with stakeholders and taking into consideration the current global situation, the tournament has been rescheduled for January 2022. The date for the final tournament and the remaining matches of the qualifiers will be communicated in due course,” read part of a statement on CAF’s official website.

“The CAF Executive Committee is satisfied with the Cameroonian authorities for their commitment towards the hosting of the two competitions. Cameroon is ready to host either competition and are within the schedule,” CAF President Ahmad Ahmad said.

The Copper Bullets are in Group H of the now 2022 Cameroon AFCON with zero points after two games. Algeria leads the group with 6 points followed by Zimbabwe on four points and Botswana in third with only a single point to their name.

For the Total African Nations Championship (CHAN) Zambia is in group D alongside Guinea, Namibia, and Tanzania.

The CAF Interclubs 2019/20 season for the Total CAF Champions League and Total CAF Confederation Cup, will resume in September with a Final Four (4) format.

Semi-Final matches will be played in a single match. The venue for the final four of the Total CAF Champions League to be decided later on.

For the Total CAF Confederation Cup Morocco will host the Final Four. 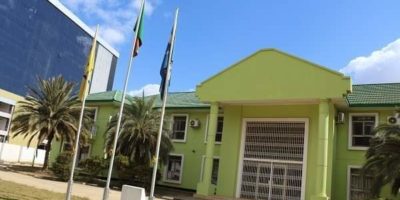 The Super League to end prematurely on August 6th

The Zambia Super League will come to a premature end on August 6th, After justRead More