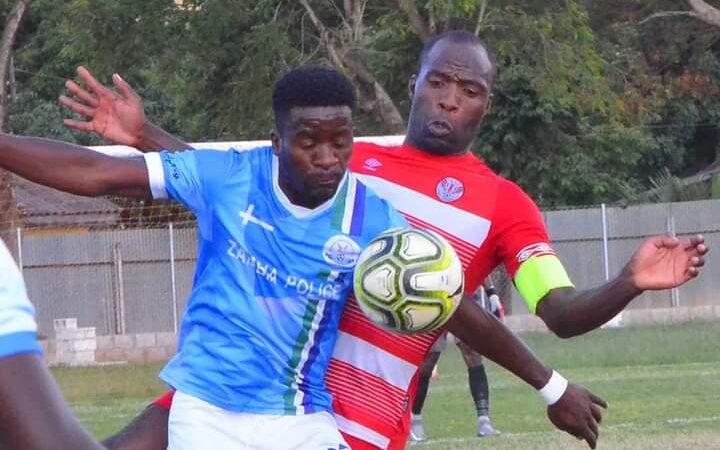 The in-form Nkwazi and Zambia lethal forward have rung a warning bell for the upcoming 2020/2021 MTN/FAZ Super League season which is slated to kick off on the 24th of this month.

The 22-year-old who is a former Kitwe United striker told the ZamFoot Crew shortly after the Zambia match against South Africa which ended 2-1 in favor of the Copper Bullets that he is ready for the new season.

I am very much ready for the 2020/2021 FAZ super league division, I want to prove my scoring prowess

In the 2019/2020 season, Emmanuel Chabula spent much of the time on the sidelines for his side High Flying Nkwazi due to recurring injuries scoring a lone goal for the Zambia Police sponsored outfit.

“The 2019/2020 FAZ super league wasn’t a good season for me, I was sidelined much of it due to injuries but thank God have fully recovered and ready to hit the ground running, “Chabula told the ZamFoot Crew in an exclusive interview.

The Kitwe born striker revealed that one of the targets he has set ahead of the new FAZ Super League season is to win the top scorer accolade.

“I am working hard to be top on the FAZ Super League top scorer chart, I will put in my level best,” he revealed to the ZamFoot Crew.

“I have also set a target for the team, I will make sure the team finishes in top four and qualify for CAF club competition,” he added.

He is hopeful that Nkwazi will qualify for Africa’s top football showpiece, The CAF Champions League to represent the nation in the elite competition.

He believes that Nkwazi will build on from last season’s 12th place finish. He went on to say that last season wasn’t a good season both for him and the club but has assured every Nkwazi FC fan that things will be different for the upcoming season saying the club will put in a good shift to the delight of its fans.

Emmanuel Chabula is expected to join the rest of his club colleagues in the pre-season preparation shortly after returning to the country after spending few weeks with the senior national team were they played a couple of friendlies against Malawi, Kenya, and South Africa and he scored a consolation goal in the match against Kenya.

Charity shield: A historic perspective as Nkana, Indeni square off

The Samuel ‘Zoom’ Ndhlovu Charity Shield is an inaugural match, it marks the beginning ofRead More