Stream A second placed side Lusaka Dynamos will tomorrow (Wednesday) visit the magnificent Levy Mwanawasa Stadium to take on defending Champions, Zesco United. The Lusaka based outfit will be seeking top spot if they can fend off the challenge of the Ndola based.

The Chris Mugalu captained side are unbeaten in their last six matches (W4, D2) are now second on the log, with Twenty-two (22) points just a point behind log leaders Zanaco who have twenty-three (23). Chris Mugalu has so far been the main man for Dynamos banging in eight goals for the Elite.

Others that have had an impact in Dynamos fine run this season thus far are Paul Banda, George Chilufya, Ocean Mushure, midfielder veteran Sydney Kalume as well as the skilled Luchanga.

The Namibian Petrus Shitembi and Mouse Lemisa will be vital to push the Elite to a win away in Ndola. Marvin Jere and Tardelie Ilunga will also be in contention to make the starting line.

After a nil-all drawing against Kabwe Warriors, Lusaka Dynamos coach said his side was targeting six wins from the remaining to be crowned champions and the Elite are looking to be on course to their target having already posted to wins from the targeted six, (Zanaco 1-3 LD and LD 1-0 Wanderers).

On the other hand, Zesco United boast of a lethal partnership in the likes of Lazarous Kambole and Jesse Were who have scored a combined total of Nine (9) goals for Zega Mambo.

In terms of form, Zesco have not lost in their last six matches but have failed to pick maximum points in their last two league matches (W3, D3).

Going by the last match, coach George Lwandamina will be looking for a win, and is likely to start with the same line up when the two teams come head to head.

Assuming Lwandamina decides not to change the team, this is how Zega would line up tomorrow against Lusaka Dynamos, in between the sticks the experienced Jacob Banda is likely not to face any competition.

At the back, Kenya defense general David Odhiambo, U23 international Solomon Sakala, former Kabwe Warriors captain Clement Mwape and Marcel Kalonda may get the nod to start.

In midfield, Kondwani Mtonga, Kosuke Nakamachi as well as John Ching’andu will be called upon to provide cover for Zesco United as well the striking force partnership of Nigerian Quadri Kola, the impressive Lazarous Kambole alongside Zesco’s top scorer Jesse Were.

Potentially, Zesco United have a mathematical chance of topping Stream A depending on the number of goals they can score to outdo the log leaders Zanaco who enjoy plus Eleven goal cushion compared to Zesco’s eight goals difference.

Head to head, Zesco United look to be the favorites having only lost once to at Levy Mwanawasa to Lusaka Dynamos winning on all the seven other meetings between the two teams since 2015 with the four-nil bashing of Dynamos in 2015 remaining the biggest score-line between the two sides.

Sharing is caring! Click on the icons below to share with family and friends.
Bola Yapa Zed, Zambian Super League, Zesco United No Comments »

« Napsa Stars striker Laudit could the next big thing (Previous News)
(Next News) Kabole back at Power as Kaindu, Chintu are sacked » 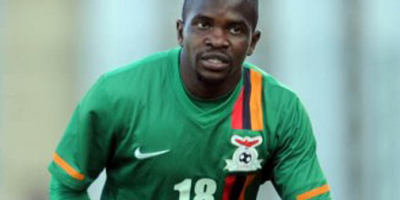 Clifford Mulenga admits to having used juju during his playing days