?> AMID CLOUDY EPISODES: NAPSA, NKANA GIVE US A SILVER LINING | ZamFoot

AMID CLOUDY EPISODES: NAPSA, NKANA GIVE US A SILVER LINING

After a thorough VAR check. The referee made his way back to the pitch. Subsequently dished a red card to Zachariah Chilongoshi.

The defender was sent off for a high stud on Abdelilah Hafid. Surely, this was the last straw for the Chipolopolo locals who were already trailing to the defending Champions Morocco.

After all, was said and done. Alas! Morocco pummeled Zambia 3-1. END of a sojourn in Cameroon at the African nation’s Championship (CHAN) for Micho and his lads.

Another exasperation episode in Zambian football following a series of disappointing moments.

EVERY CLOUD HAS A SILVER LINING

There was Luka Banda of Napsa Stars; Harrison Chisala from Nkana in the CHAN Squad.

For the duo, elimination at the tourney for indigenous players was a blessing in disguise.

It meant shifting focus to their respective clubs’ duties in the CAF Confederation Cup Pre-group stages.

Conventionally, going to Kenya without 2012 AFCON golden boot winner Emanuel Mayuka, for their 1st leg encounter against that Country’s perennial Champions Gor Mahia, was like taking a knife to a gun’s fight.

A redeemed Mayuka has played a key role for NAPSA to reach thus far in the 2020/21 CAF Confederation Cup.

On January 6, 2021, he came off the bench to equalize for NAPSA against UD Songo away in Mozambique.

This was Mayuka’s third goal in the competition, having also claimed two goals in the 9-2 aggregate victory of Ngazi FC of the Comoros Island in December 2020.

Before kick-off, there was much fanfare on Kenyan International and former Gor Mahia defender David Odhiambo. It was reported that if he scores he was not going to celebrate concerning his former employees.

But it was the Ghanian; Daniel ADOKO who store the limelight, scoring an important away goal, beating Gor Mahia 1-0.

Since 1983, Nkana has played 64 home matches in CAF competitions and are yet to lose – a record that even Africa’s club of the century Al Ahly Egypt cannot match.

On Sunday, the gauntlet was thrown at TAS de Casablanca to break the jinx when they visited Nkana stadium for their 1st leg in the CAF Confederation Cup group stages playoffs.

To the chagrin of TAS, Nkana’s unbeaten home record remains intact as the Moroccans found themselves on the losing end 2-0.

TILL THE FAT LADY SINGS

The first leg favorable results might have given Zambian football lovers a silver lining. But all is not cast in stone until the fat lady sings.

Ahead of the second legs both Nkana and NAPSA must not sit on their laurels. 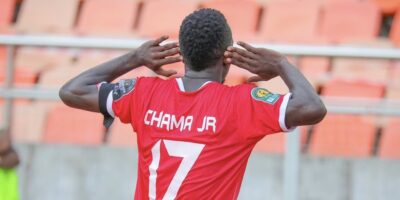 One goal in 5 matches! TP Mazembe bow out of Champions League

One Comment to AMID CLOUDY EPISODES: NAPSA, NKANA GIVE US A SILVER LINING