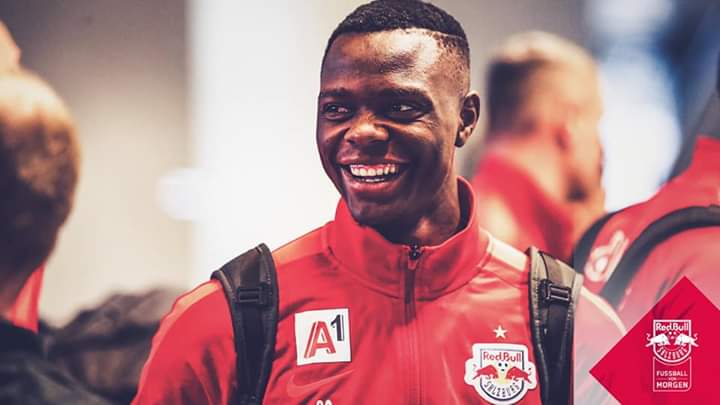 Zambia national team striker Patson Daka is among players Italian giants AC Milan are looking like a possible replacement for Swedish legend Zlatan Ibrahimovic who may be on his way out.

According to a report on the Italian Football website Calciomercato.com, Monitored by the ZamFoot Crew, The former Barcelona and Manchester United star is pondering leaving the club following the firing of chief football executive Zvonimir Boban.

However, the Rossoneri have already lined up eight youngsters who could replace the swede should he end his second spell at San Siro in June.

Daka has scored 17 goals in the Austrian Bundesliga and has been involved in 29 goals overall with 20 goals and nine assists to his name for Austrian giants Redbull Salzburg in all competitions.

The 2017 CAF young player of the year has become a dependable player at Salzburg and has been tipped to become Jesse Marsch’s first-choice striker replacing the Norwegian teenage sensation Erling Braut Haaland who has since moved to Borussia Dortmund.

Others are Nigerian Victor Osimhen of Lille, Myron Boadu of AZ Alkmaar, Donyell Malen of PSV Eindhoven, Alexander Sorloth who plies his trade in the Turkish league, Shon Weissman of Wolfsberger, Jonathan David, and Roman Yaremchuk both of Dinamo Kiev.

Learn any livescore today result on the reliable platform

Many national championships have the final matches of the season simultaneously. However, thanks to theRead More