Nakambala Leopards captain Dickson Kashitu Biuma has turned down a chance to move to Zimbabwe top tier side FC Platinum the ZamFoot Crew can exclusively reveal. The Congolese midfielder was invited for a 13 day trial period by the Zvishavane based side but Kashitu turned it down because he wanted a direct transfer according to a ZamFoot Crew source close to the move. “He decided not to travel because of the assessment part. All he wanted was to sign the deal directly,” The source Said. The Nakambala midfielder is expectedRead More 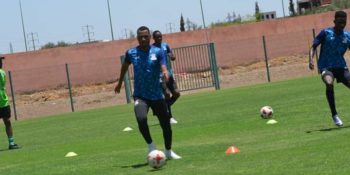 Zambia national team assistant coach Beston Chambeshi says his team’s preparations are going on well despite injury concerns two to key defenders. Former Sensational Zanaco captain Ziyo Tembo and Chippa United midfielder Donashano Malama are in the treatment room with an ankle injury and back pain respectively. The team has however continued their preparations for the international friendly against Morocco on Sunday in Marrakech. “The only thing that is hindering the team is these two players who are still on the injury list, Ziyo Tembo and Donashano Malama. You knowRead More 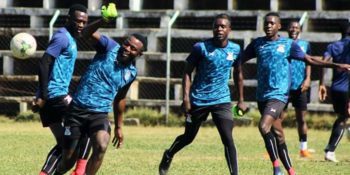 Zambia national team striker Mwape Musonda revealed that a Cameroonian player was shocked that the Chipolopolo boys will not be at the 32nd edition of the Africa Cup of Nations. Musonda narrated how a player from Cameroon approached him during their friendly match last Saturday and wondered how a team with the quality that Chipolopolo poses was not going to be in Egypt for the AFCON tournament. “I think the preparations have been going on well. I was very impressed with the team watching from the bench. When I wentRead More

Green Buffaloes in Mbala for preseason 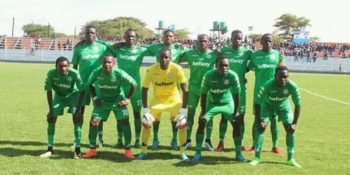 Green Buffaloes has traveled to Mbala in Northern province where they will hold their preseason training. The team left Lusaka in the early hours of Tuesday and traveled by road. Coach Bilton Musonda and his technical bench have not wasted time in preparing for the coming season which will start in August. The players have only had a week to rest after the league ended a fortnight ago. The coach, together with the club’s Executive Committee is determined to overturn the poor performance the club exhibited in the transitional seasonRead More

The Spencer Sautu conundrum could change Green Eagles forever. Aggrey Chiyangi’s star man declared the end time games for this season as crucial and big for Green Eagles. He also said the team’s fortunes have changed over the years from being a relegation fighting team to being a serious competitor. Spencer was speaking on one of the episodes of Bola Yapa Zed Sports show on Supersport. The word from the Green Eagles camp is that the players aren’t expecting to be told the ABSA CUP is big but theyRead More