Cosafa U20: Zambia make it 2 out of 2 with win over Congo DR

Zambia 2-0 Congo DR (Benson Kolala 17′, Prince Mumba 24′) Hosts Zambia kept on course hopes for a semi-final spot in the 2018 MOPANI Copper Mines COSAFA Under-20 Championships when they beat guest nation Democratic Republic of Congo 2 – 0 in a game played at Nkana Stadium. Coach Charles Bwale made two changes to the starting XI bringing in Prince Mumba who scored a brace in the opening game of the tournament and Benson Kolala for Emmanuel Mwiinde and Albert Kangwanda. Bwale’s introductions to the team proved decisive in theRead More 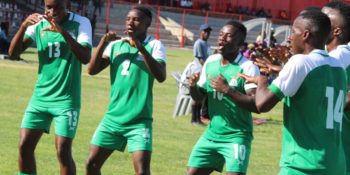 MUBANGA’S PENALTY SENDS NKANA TO THE NEXT ROUND. 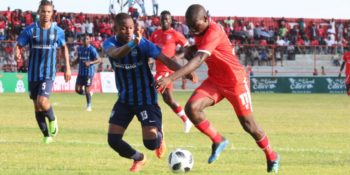 The 2018 Barclay’s cup champions Nkana football club played host to UD SONGO Of Mozambique in the second leg of the CAF champions league at kitwe’s Nkana stadium this afternoon. Nkana approached this fixture with confidence having collected a win in Mozambique, however, the visiting side showed a bit of Resilience in the early stages of the game and did not concede early. The kitwe based outfit found relief in the 44th minute through Kelvin mubanga who scored from the penalty spot sending the Nkana fan’s and all sympathisersRead More 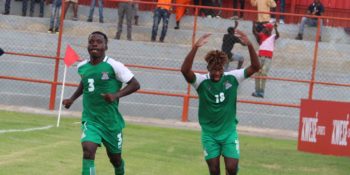 18 Months on from the ‘Bola na Lesa’ boys’ impressive showing at the 2017 FIFA Under 20 World cup, there hasn’t been much to celebrate about Zambian football apart from the Copper Queens qualifying to the just ended Womens Afcon in Ghana. On the male front, disappointments have mounted from the Under 17 level through to the Senior National team. The Under 20 Cosafa tournament being hosted on the copperbelt presents a perfect opportunity to end the year on a positive note for Zambian football. Not in any wayRead More

COSAFA U20 No Comments »

NKANA FC Coach Beston Chambeshi said UD Songo had packed the bus to tighten the nose for his side to penetrate the defence. The Kitwe giants struggled to create chances against the Mozambique outfit in the 2nd leg of their 2018-19 Total CAF Champions league preliminary round clash – and only found the back of the net from the spot through Kelvin Mubanga Kapamba – going through to the first round 3-1 on aggregate. Nkana will next face off with Tanzania powerhouse Simba SC who have in theirRead More

Chiyangi denies any nervous feelings ahead of North African opponent 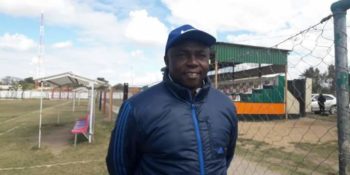 Green Eagles coach Aggrey Chiyangi believes he has enough playing and coaching experience not to be intimidated when facing a opponent from North Africa. Chiyangi’s Eagles beat Young Buffaloes of Eswatini home and away to progress to the next round of the CAF confederation Cup where they will face Hussein Dyey of Algeria. Chiyangi has also vowed to do everything to help his players not to be nervous when playing the Algerian side. “I think with the level of my playing career and coaching I can never be nervous asRead More