What did the Kopala derby teach us?

On Saturday, Kitwe came to a stand still as Power Dynamos took on 12 time Super League champions Nkana. The derby which is popularly known as the Kopala derby is arguably the biggest local derby in the land. Granted, there was hype before the match from many stake holders and a lot of banter among fans but Nkana ultimately claimed the supremacy and bragging rights to the City of Kitwe for the weekend atleast as Walter Bwalya finished off a Ronald Kampamba pass to win Nkana their first Kopala derbyRead More 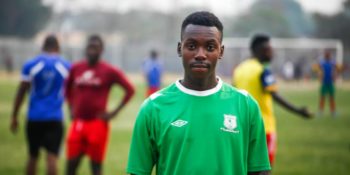 Newly promoted National Assembly top goalscorer Ghampani Lungu has picked is favourite super league striker and it’s not Lusaka Dynamos Chris Mugalu. The 19 year old is natural born goal scorer himself having scored 15 goals so far this season. Lungu has also assisted 21 times for the parliamentarians. “My favourite striker in the super league ulm that’s a tough choice but I will have to go with Zesco United’s Kenyan talisman Jesse Jackson Were, ” He told Zambianfootball.co.zm in an exclusive interview He himself a talented goal getter, LunguRead More

In Armenia, Winger Lubambo Musonda scored the third goal for Gandzaar Kapan who beat log leaders Alashkert three nil. Musonda struck a beauty in the 49th minute from outside the 18 yard area something similar to his strike for Chipolopolo against Japan.He has now scored two goals this far. The win puts Kapan who are on third position within five points of the league leaders. In Austria, Enock Mwepu scored a deflected shot to rescue a point for FC Liefering who drew 2 all with Floridsdofer AC. The goal isRead More